Posted on November 16, 2012 by thelivingfashion 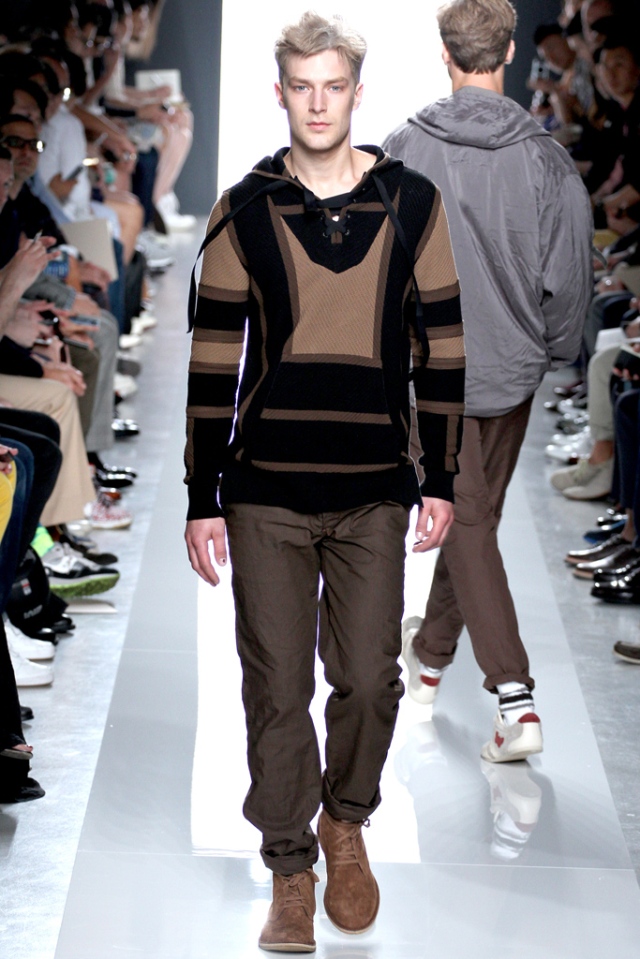 The word he used was ease, which translated into a dozen variations on any garment that men pull over their heads, just about the easiest way to get dressed. So there were echoes of sailor’s sweater, fisherman’s knit, ethnic tunic, and so on. The key fabric was suede, layered light as cotton in long-over-longer overshirts or plush as velvet in a pullover shirt jacket. Lacing was used rather than buttons. One suede tunic had fringing, a frontier scout flourish. There was some romance in that idea, as there was in fringed booties that could have been nicked from Tonto, an original free spirit. Another top laced at the neck like a sailor shirt but zipped all the way down the back, a suggestively feminine detail that bordered on the fetishistic in this context.

We love fashion and travel!!
View all posts by thelivingfashion →
Gallery | This entry was posted in fashion shows, Menswear and tagged booties, free spirit, tunic. Bookmark the permalink.