Posted on November 19, 2012 by thelivingfashion 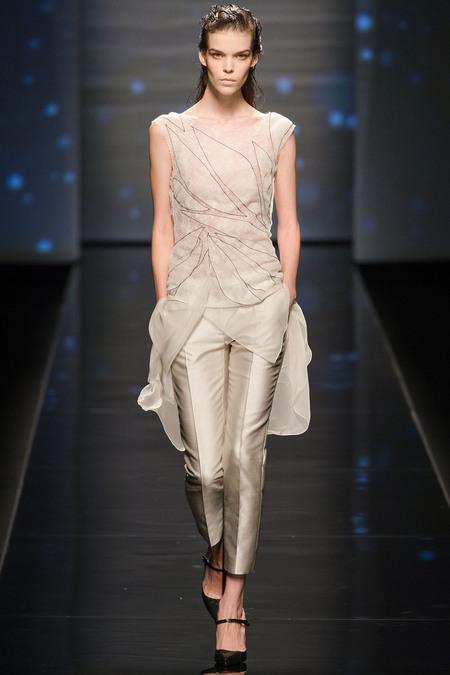 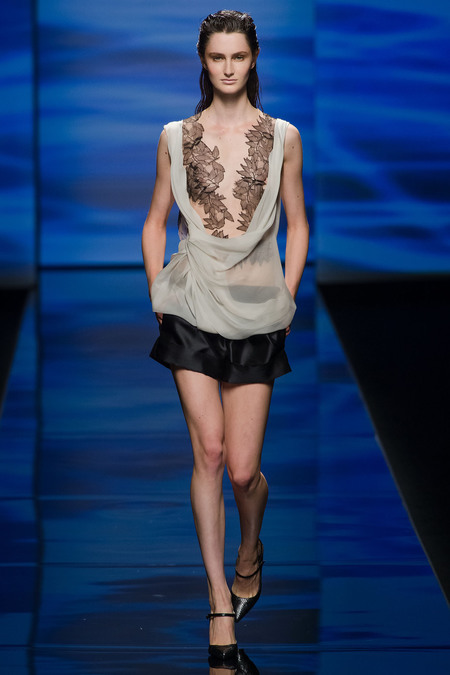 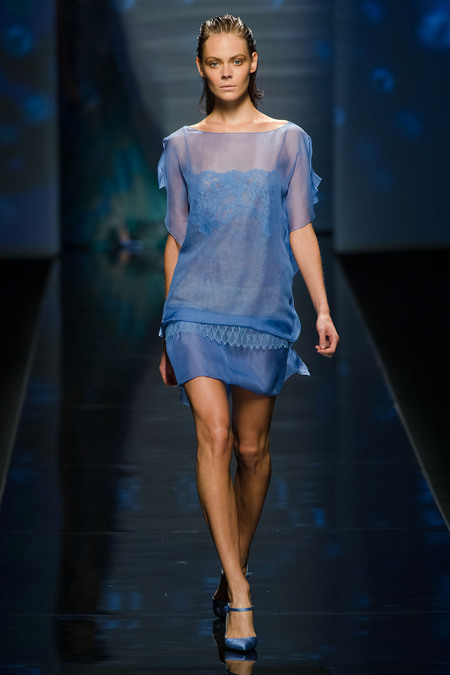 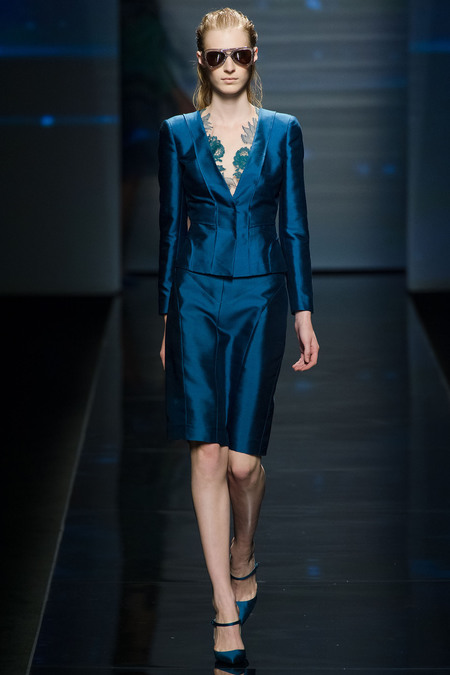 She layered organza over fringed, beaded dresses in shades of seafoam andeau de nil, trapping the shimmer and movement so gorgeously as to suggest something viewed through sunlit sea. Octopod arms of embroidery trailed down other frocks. There were clusters of seaweed appliqués, a gown of sequined net, and sheer peplums that floated.

Some of Ferretti’s outfits were so encrusted with embroidery that the effect was akin to barnacles on wharf posts. But her most oblique concession to the life aquatic was a set of tulle bodysuits that looked like they were tattooed with lace. They had a bare-naked audacity that would send a shiver down the spine of any old tar. The same lace peeked from under a dress and suit in shantung, which were likelier preludes to commercial success.

We love fashion and travel!!
View all posts by thelivingfashion →
This entry was posted in fashion shows and tagged audacity, barnacles, frocks, shantung, style. Bookmark the permalink.