Posted on November 20, 2012 by thelivingfashion 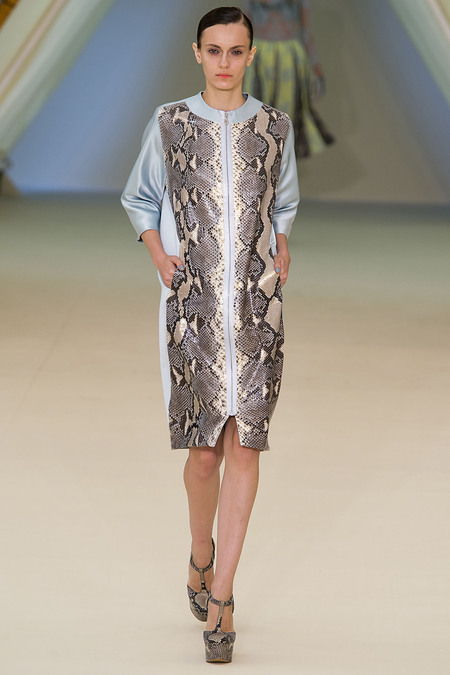 The inspiration for his new collection was the work of Zenna Henderson, one of the first female sci-fi writers. She created a mythos based on The People, alien refugees from a distant planet. Erdemimagined the women trying to fit in on Earth, but remaining perpetually outside. He patchworked his signature lace with python to suggest a reptilian Otherness. And he created what he called “uncomfortable color combinations,” blending pastels with the lurid tones of a toxic spill. It was actually the color palette that best conveyed the Otherness of Erdem’s scenario. The lurid nuclear-orange flowers embroidered on a pristine lace background were exactly the sort of “wrong” he is always talking about. But he also explored the idea with the nothing-is-quite-what-it-seems quality of organza-veiled jacquards and brocades, and python masquerading as glazed silk mikado, or the illusion of lace that was actually hand-embroidered PVC.

We love fashion and travel!!
View all posts by thelivingfashion →
This entry was posted in fashion shows and tagged clothing, fashion, style, toxic spill, zenna henderson. Bookmark the permalink.