Posted on December 14, 2012 by thelivingfashion 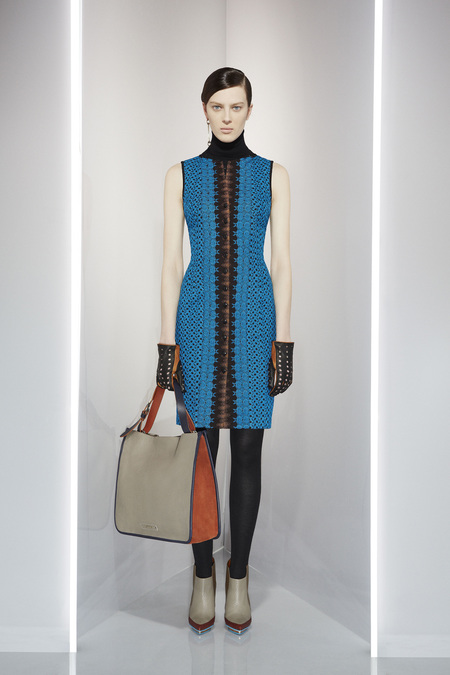 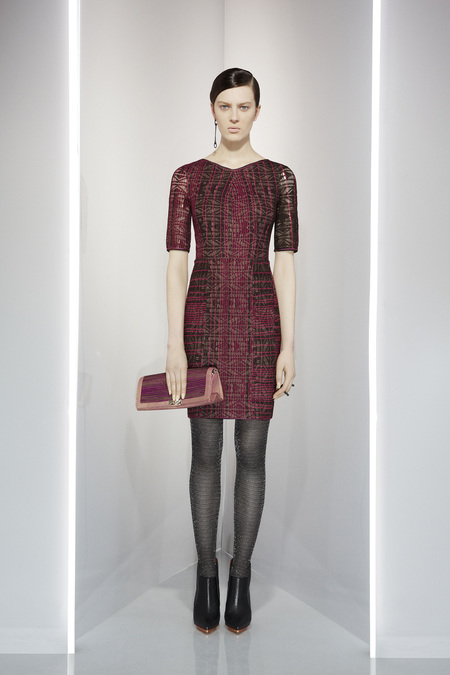 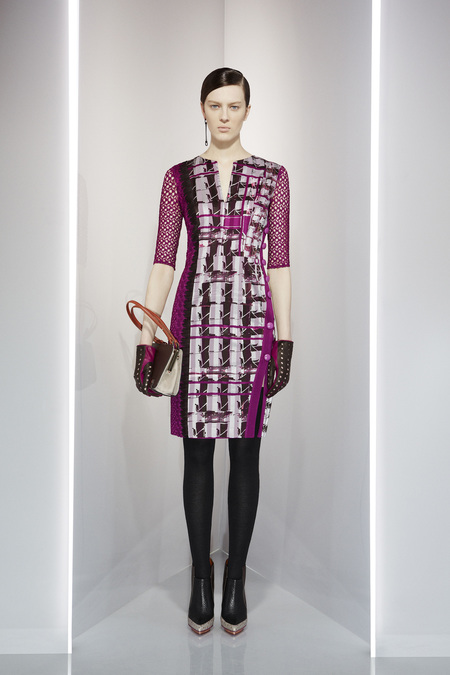 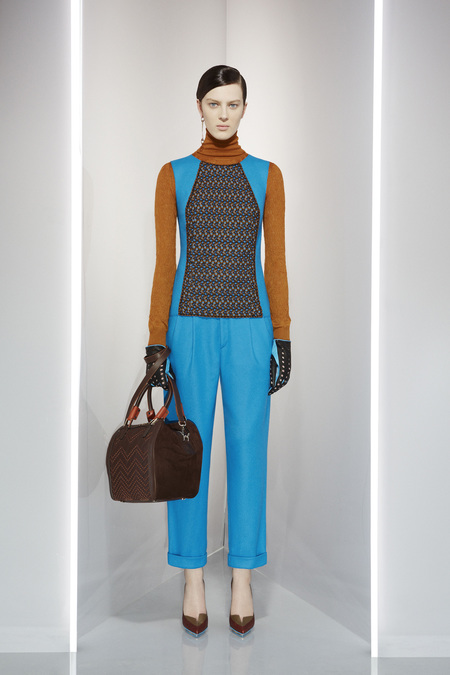 Every so often, you encounter a collection that comes off like a train of thought cut off mid-journey. The Missoni collection presented today was one of those. Two of its key themes—texture and transparency—had been carried over from Spring, and you could pretty much see Angela Missoni’s mind whirring as she reworked those ideas for cold-weather clothes. (The same logic applied to another holdover from Spring, a certain intergalactic vibe that ebbed as the palette deepened.)

On the other hand, Missoni seemed to be looking ahead, toward next season, as she introduced menswear elements and unlikely-for-Missoni items such as leather jackets and shorts into her pre-fall lineup. In general, the strongest pieces were the ones that saw the designer playing with texture. There were tonal garments that incorporated various fabrications and weaves, such as a seemingly basic black coat, and garments that added a dimensional component to collage, such as a gray jacket with fuzzy printed sleeves and a cashmere herringbone lining. Elsewhere, this season’s transparencies were most successful when subtle—Missoni developed a new lace for the brand and used it head-to-toe in several looks, but it worked best when layered onto a bright turquoise vest in felt, say, or when it winked a bit of upper thigh through a fitted, flared cocktail dress.