Posted on January 7, 2013 by thelivingfashion 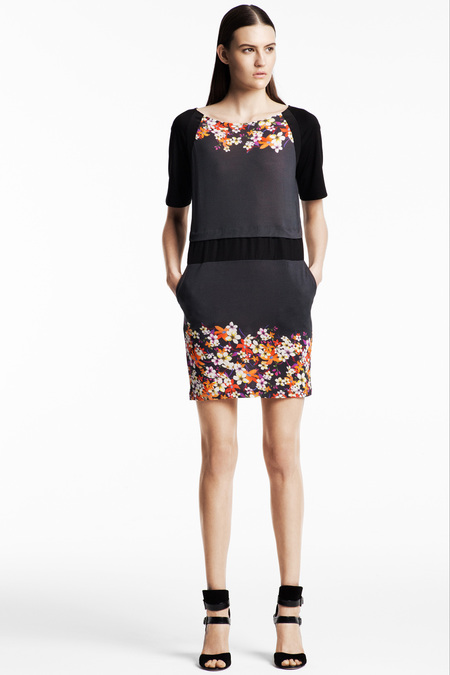 “I was thinking about when it’s going to be shipped,” Prabal Gurung said of his new collection for ICB, the Japanese contemporary label he took over three seasons ago. “It’s called ‘pre-fall,’ but it’s really high summer.” He channeled images of vacations, the orange of the setting sun, those first summer tans. He emphasized ease, with draping and ruching and soft fabrics like georgette and jersey. “You don’t need to be crisp, all the time,” he reasoned. The synthesis of this mindset was a sailor-striped jersey dress, ruched at the hip and collarbone.

Crispness, however, could have helped the edit a bit. Price more than style seemed to be the unifying theme. But that, on the other hand, is ICB’s point of difference. It’s Gurung designs at un-Gurung prices—though with a decisively more real-world-friendly than red-carpet-ready spin. He imagined a customer wearing her dress from the office straight onto the train and onto the beach. “It’s about making life less complicated,” he said. For his customer, at least. Gurung designs his namesake line, this one, and at the moment, a Target collaboration due out next year. As if that’s not enough, a runway show (a live-action one, not the digital runway on which he premiered his inaugural ICB range for Fall) is in the offing for this collection next season.

We love fashion and travel!!
View all posts by thelivingfashion →
This entry was posted in lates trends and tagged clothing, collarbone, fashion, red carpet, soft fabrics, style. Bookmark the permalink.