Posted on January 17, 2013 by thelivingfashion 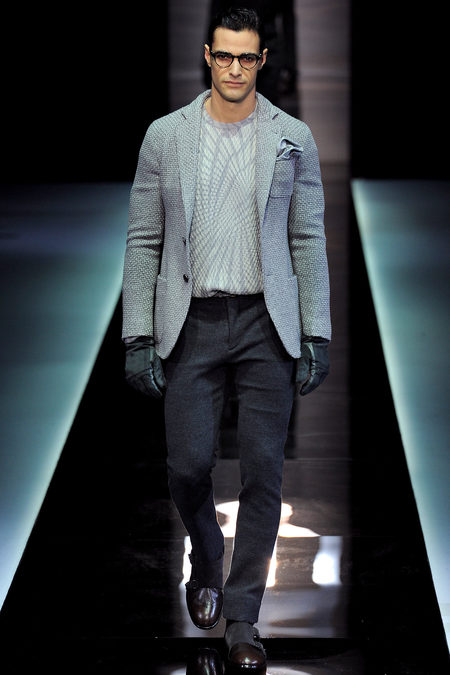 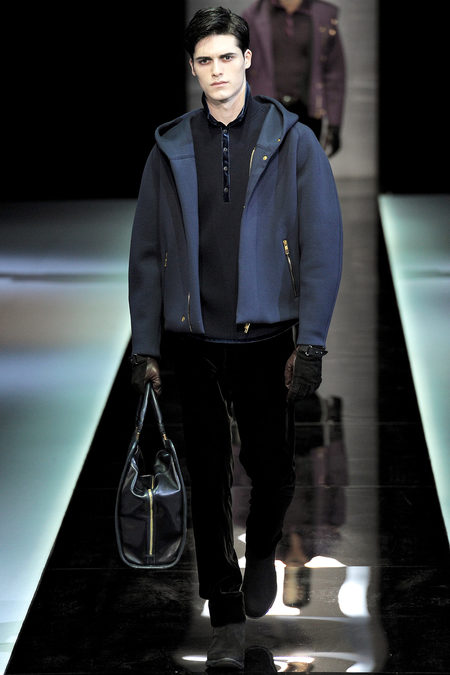 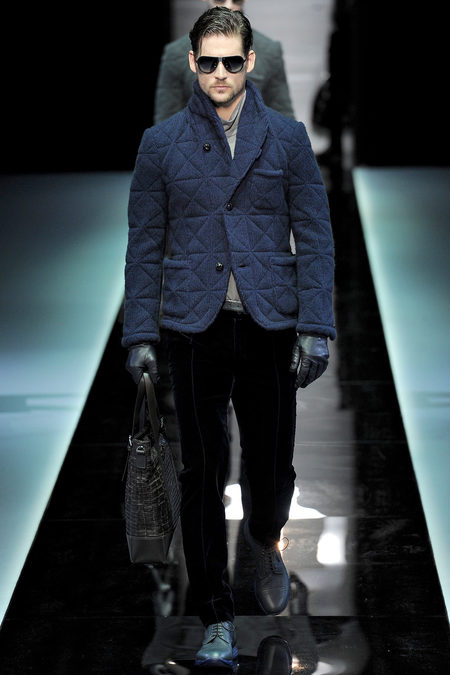 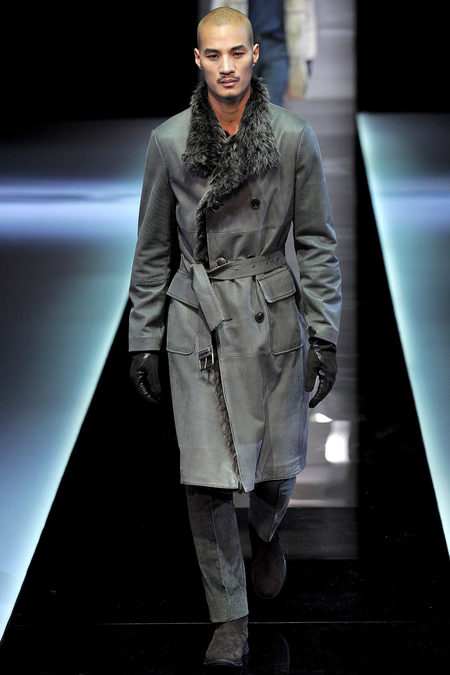 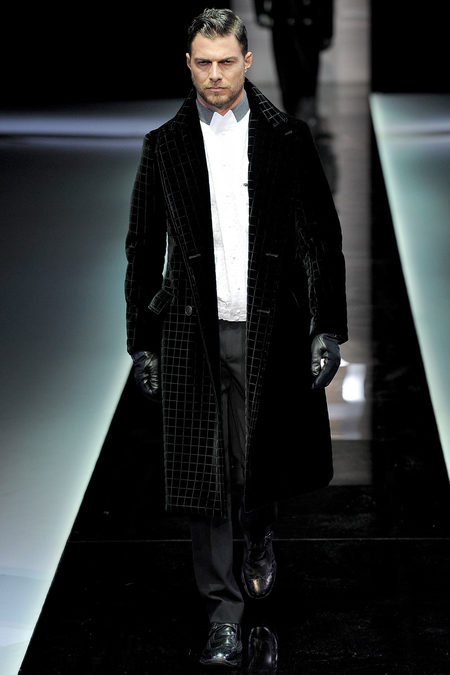 Giorgio Armani often titles his collections with a cryptic little something. His latest, The Men’s Project, was one of his most allusive, evoking the quest for an answer to the second most pressing question of our age: What maketh a man? (The firstis, of course, What do women want?) The collection offered a 74-outfit treatise on the subject, covering everything from soldier to poet, banker to hoodie, romantic to realist, some of them in the same outfit. Hence, a brocade waistcoat and claret velvet trousers paired with a polo shirt and double-breasted gray flannel; or a cavalry jacket and drawstring pants under a shearling coat. Outré though they sound, the casual confidence of the combinations made them real in Armani’s signature fantasy-resistant mode.

The breadth of the show felt like a deliberate effort by Armani to stake his claim to every splinter of the male psyche. The three-piece suits that appeared late in the show were as businesslike as anything the designer has ever shown, but they were surrounded by sauvage furs and embossed black velvets. If there was sportiness in fitted leather jackets, there was artiness in the Deco-style geometry of knits and block-printed jackets. Still, all these signposts pointed in one direction: power. Armani cut jackets to emphasize the chest (with some help from the waistcoats that were a subtle key to the collection) and trimmed trousers to a daring slimness, drawing the eye to the thigh. The result was an impressively muscular collection, which still managed to make room for that ol’ soft side.

We love fashion and travel!!
View all posts by thelivingfashion →
This entry was posted in fashion shows, lates trends, Menswear. Bookmark the permalink.