Posted on January 24, 2013 by thelivingfashion 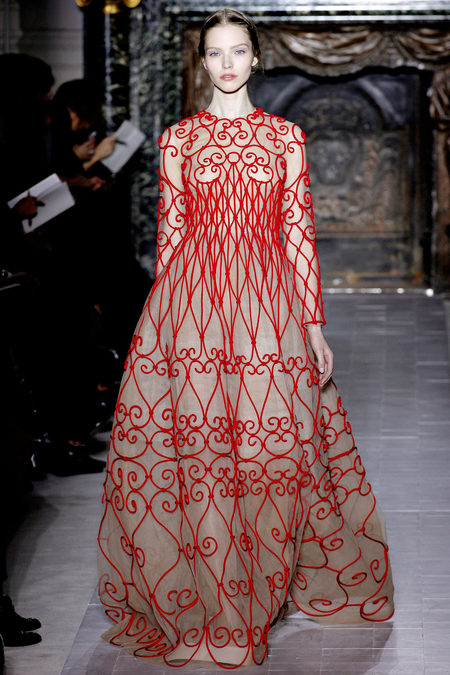 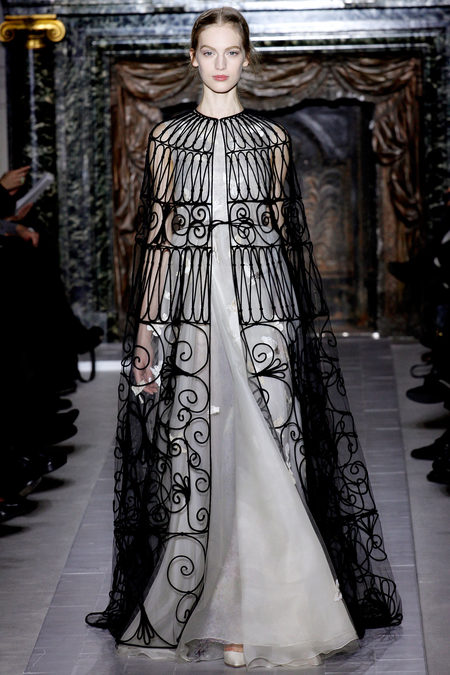 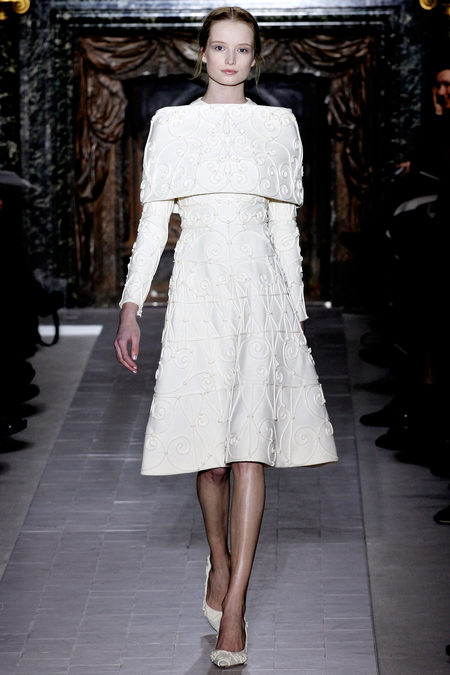 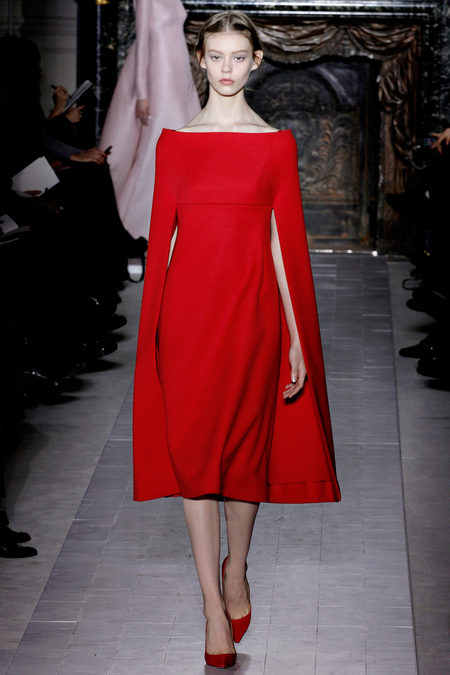 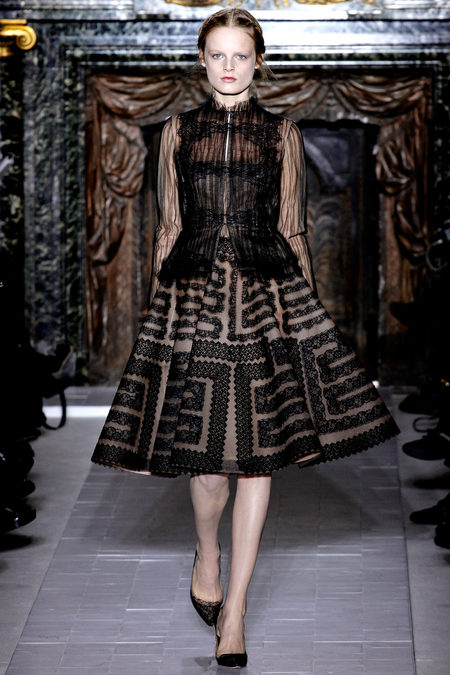 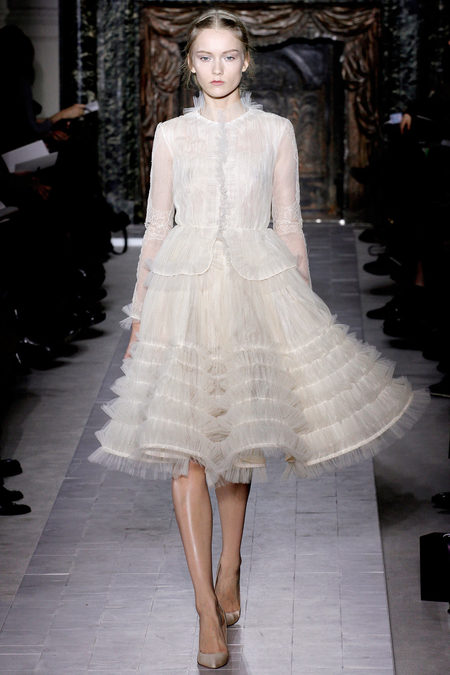 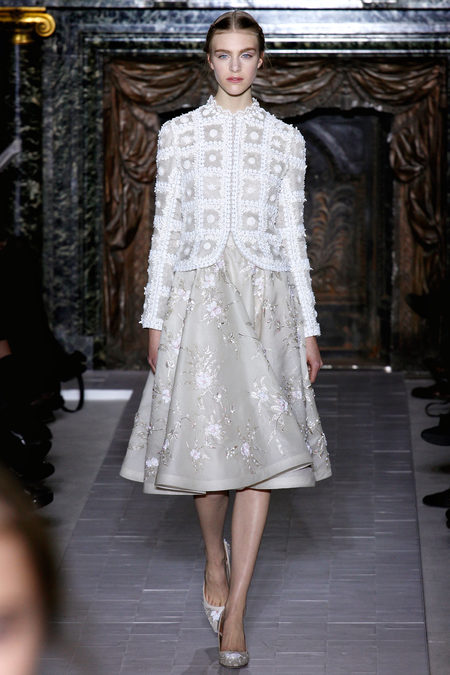 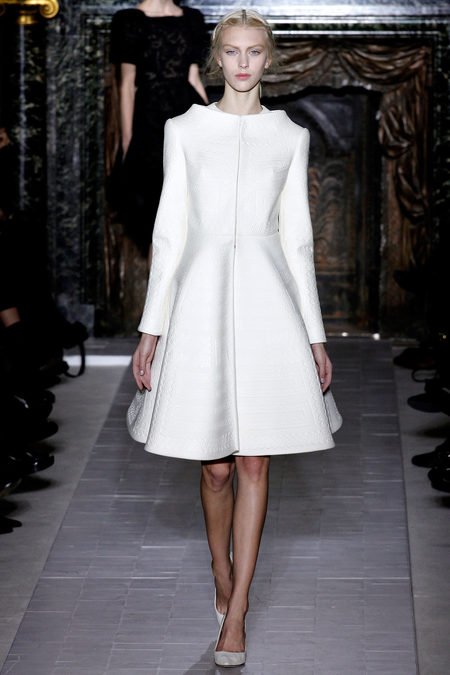 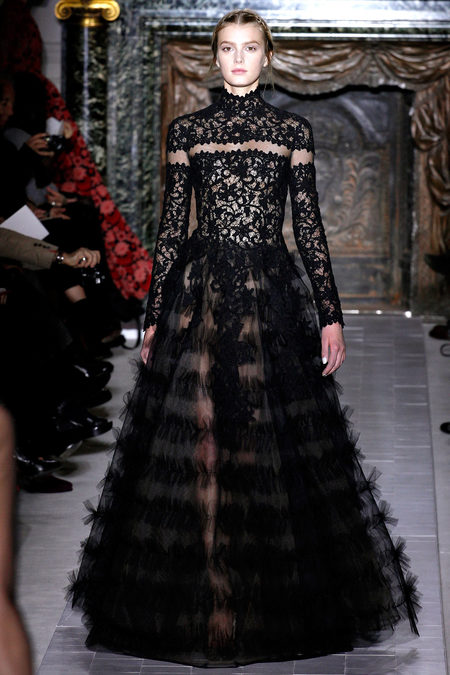 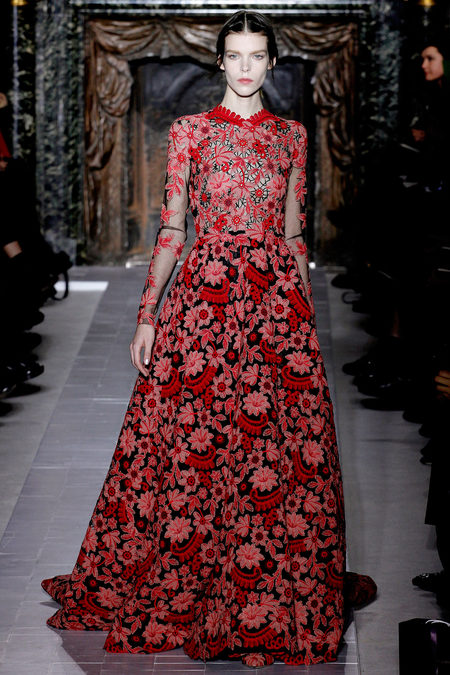 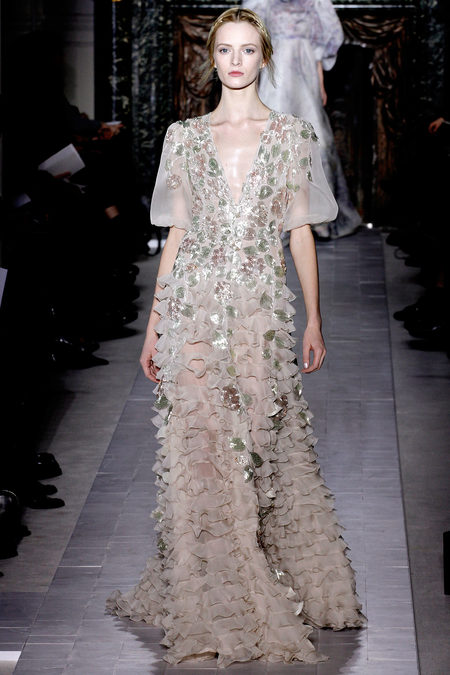 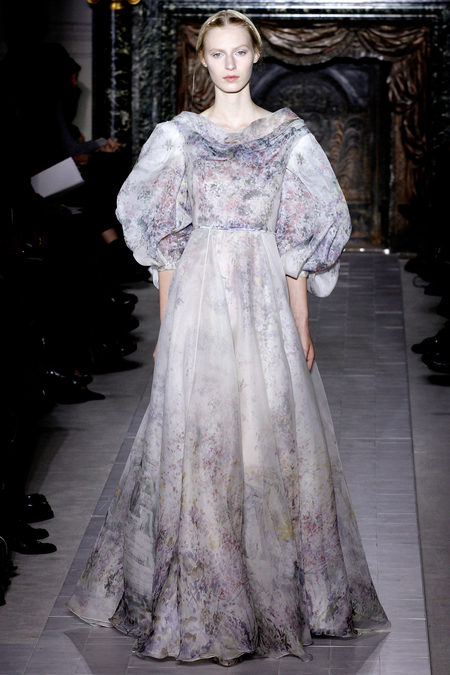 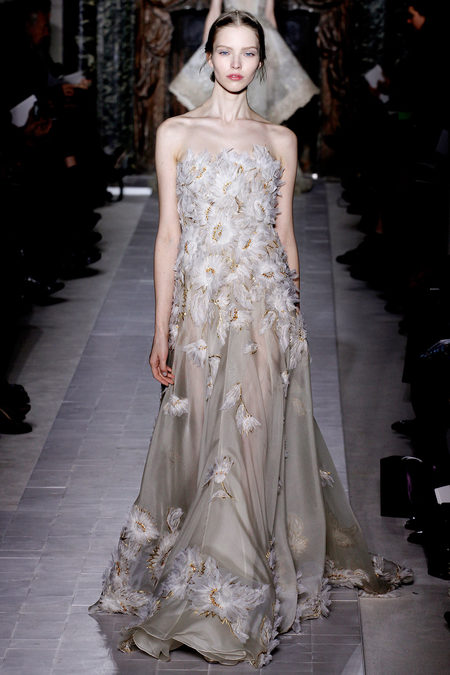 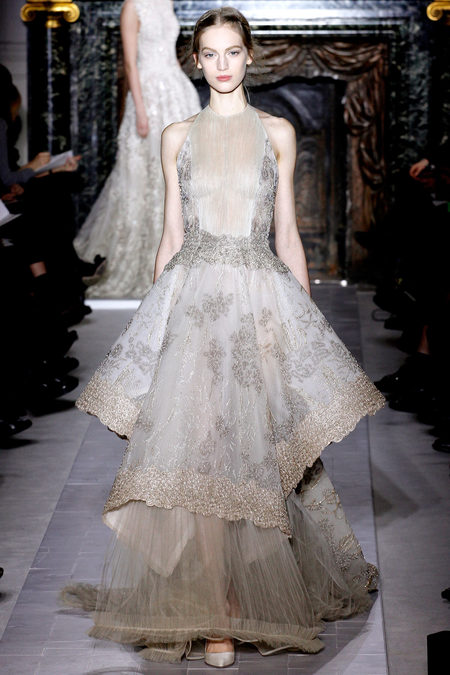 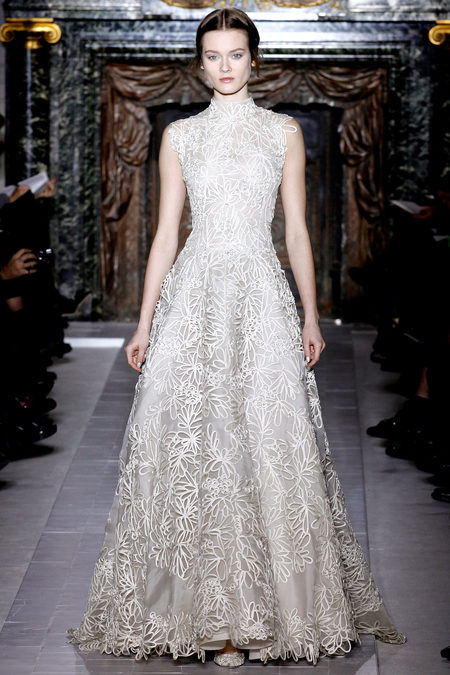 Maria Grazia Chiuri and Pierpaolo Piccioli threw down a gauntlet with the ravishing Couture collection they showed for Valentino tonight. We all knew that beauty like this came at an exalted dollars-and-cents price. But the duo enumerated the human cost in the show notes that sat on everyone’s seats. The most extraordinary outfit in the presentation featured layer upon layer of organza, embroidered with butterflies and birds, the whole lot wrapped in a tulle cage scrolled with crepe piping. According to the notes, it took 500 hours of hand-rolling to produce the piping. And that was just one of the outfits that featured the effect. One roller apparently developed carpal tunnel syndrome during the production of the collection.

There were plenty more such examples of artisanal effort. To pick just one at random, it took 850 hours to embroider an organza jacket and skirt. The analogy the designers employed was a garden, where you see the grace and delicacy, but you never smell the gardener’s sweat. “Couture has to be magical,” insisted Piccioli, and that clearly included the power to make the graft disappear.

So it was the magic that triumphed, in processes like a lace of multicolored flowers or a hand-painted organza. The subtle drama of an organza gown embroidered with crystals and topaz beads was summed up by its name: “Le silence de tournesols.” Quiet sunflowers. That was as intriguing as Piccioli’s revelation that the essence of the collection was contained in labyrinths, where nature meets architecture and science meets spiritual rebirth. Magic? Let’s hope so.

The almost penitent purity of Chiuri and Piccioli’s past work for Valentino was nailed for good and all in the ivory cape dress worn by Julia Nobis, with a tracery of that devil’s piping down the back. But new here was a finely honed appreciation of carnality. It was devastatingly direct in a dress and cape in black guipure (based on a nineteenth-century Venetian pattern, the notes obliged). And the designers injected regular shots of the house’s signature red. They were a pleasing disruption to a show that was almost too much of a good thing. Understandable. How do you edit perfection?