Posted on March 1, 2013 by thelivingfashion 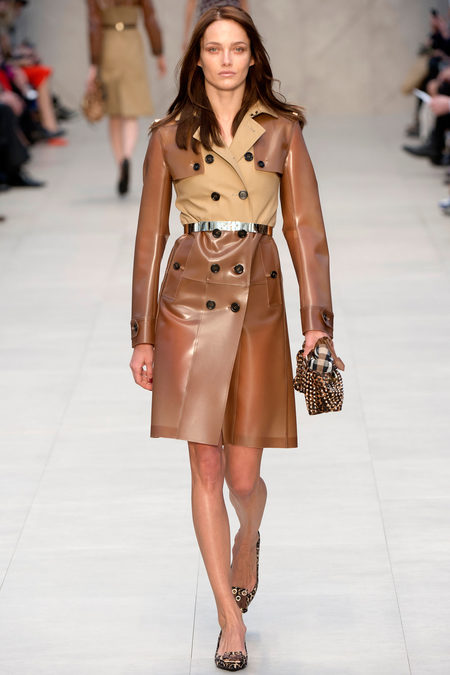 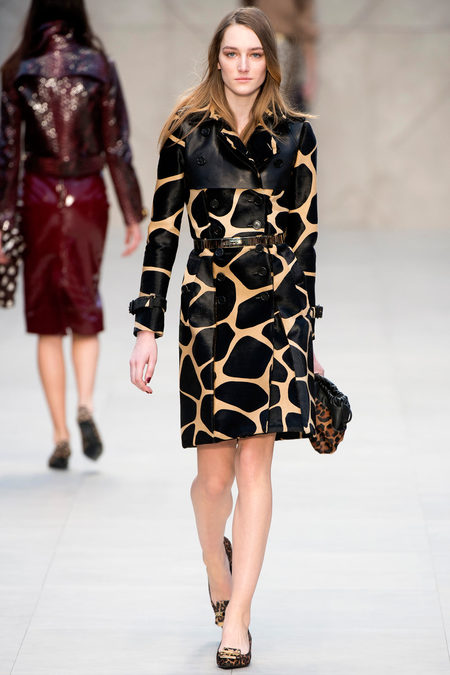 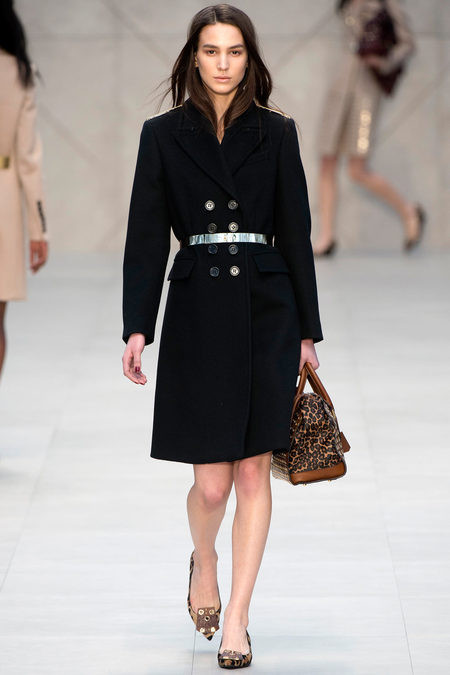 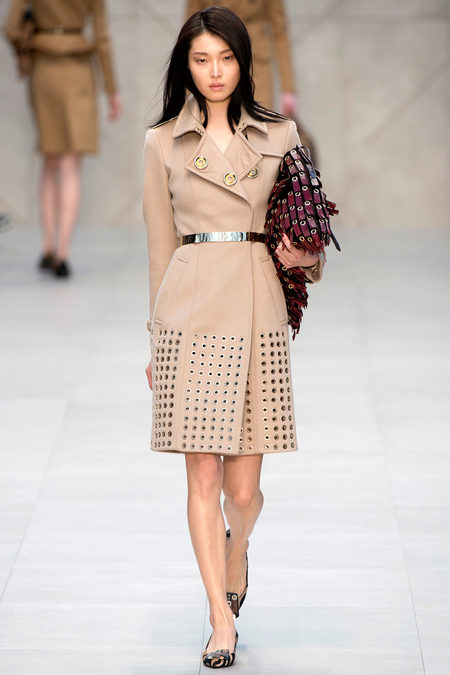 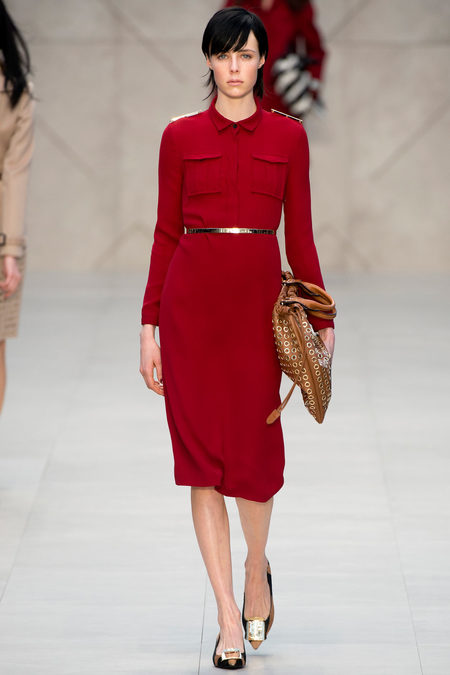 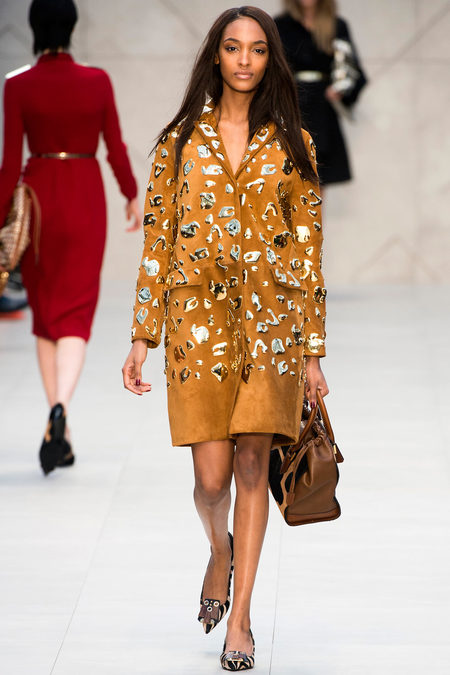 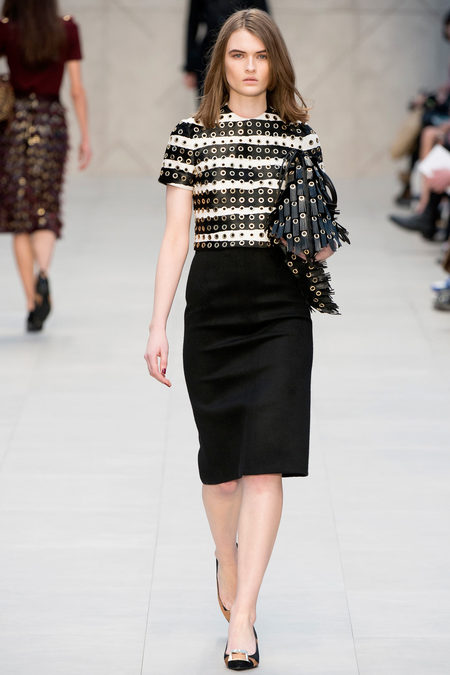 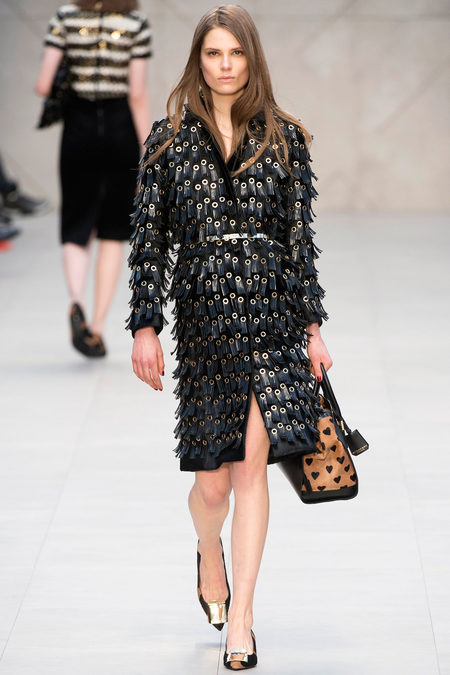 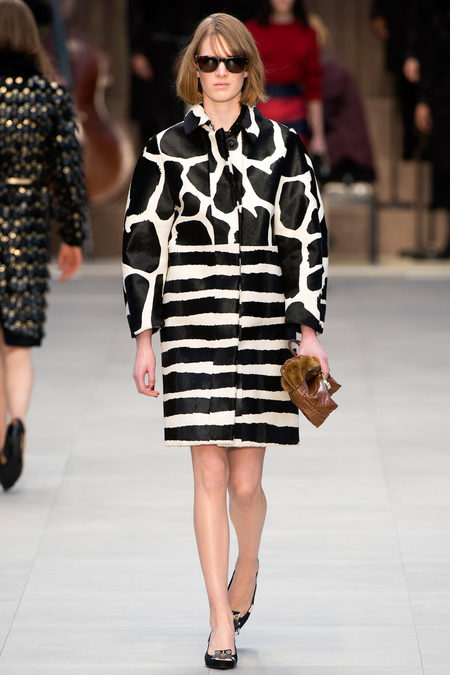 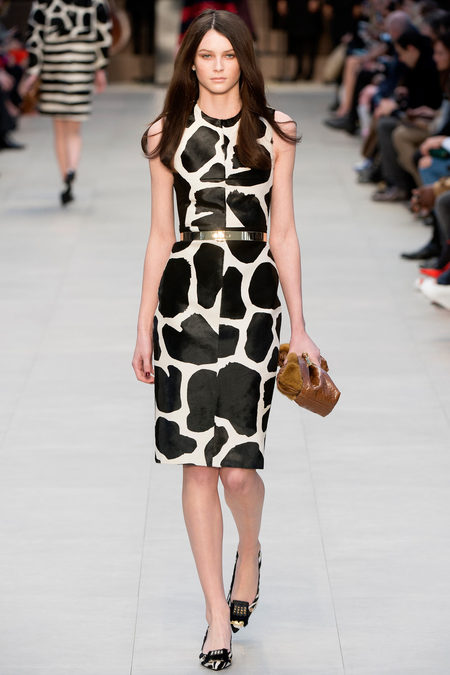 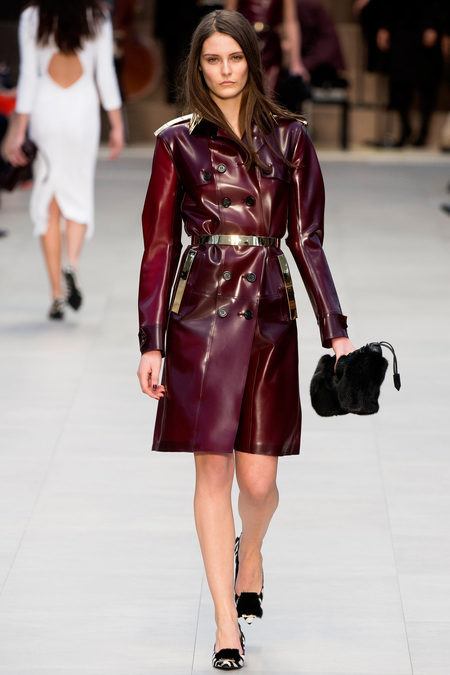 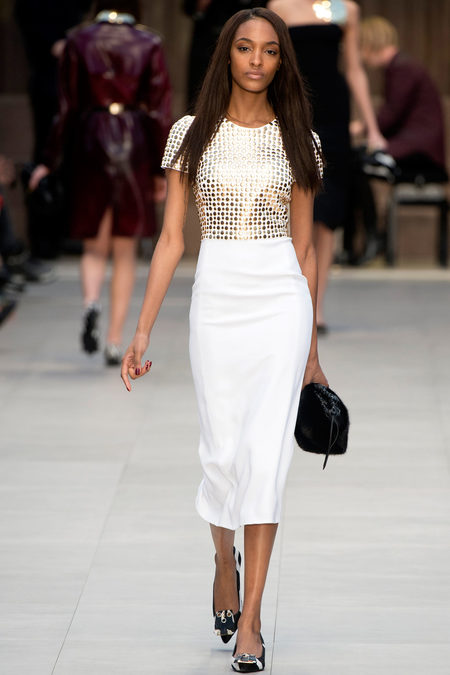 Christopher Bailey hasn’t been carrying the Burberry standard as long as the Prorsum knight, but he’s certainly carried it as honorably. Still, the man is only human. After more than a decade of taking inspiration from the company’s noble heritage, his own cultural icons, and the small tribe of pretty young things who populate Burberry’s ads, it’s time for Bailey to get down and get ever so slightly dirty. And where better to start than with Christine Keeler, the showgirl whose canoodling with English politicians and Russian spies almost brought down the British government in the early sixties.

Bailey called his new collection Trench Kisses. Keeler did much more than kiss, of course, and her prosecution for prostitution brought to light the kind of kinky details that would have scandalized the decent, God-fearing Burberry wearers of the time. So there was a satisfying circularity in Bailey’s stated inspirations for today’s show—classics and Keeler. They met in a trenchcoat reconfigured in shivery, suggestively sheer latex. Bailey tried to balance the kink by having his models walk in kitten wedges—he felt they induced a “proper” posture—but Cara Delevingne was having none of it. “I can’t walk ‘properly,'” she snorted, perhaps especially when clad in a sheer rubber skirt through which a pair of big heart-print panties could be clearly seen.

The look of Keeler’s heyday, with its pencil skirts, sweaters, and belted coats, dictated the style and substance of the collection. And it’s likely that the animal prints here would have seemed showy and sophisticated to a young woman like Keeler. But Bailey stumbled when he added a not wholly successful hard modern edge with gold metal belts, epaulets, and collar and pocket trims. Maybe they were meant to suggest kinky restraints. There was some more unsuccessful hardware with an onslaught of grommeting.

The collection was, in the end, about revisiting the classic. Bailey didn’t know if Keeler had ever been spotted in Burberry, but the prospect of her in a trench with nothing on underneath confirmed for him his choice of muse for Fall 2013. “If you can imagine that, then it worked,” he said with a sly chuckle.