Posted on March 20, 2013 by thelivingfashion 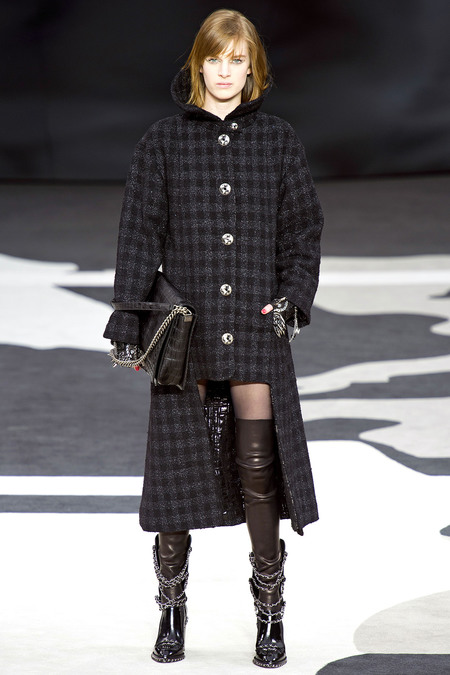 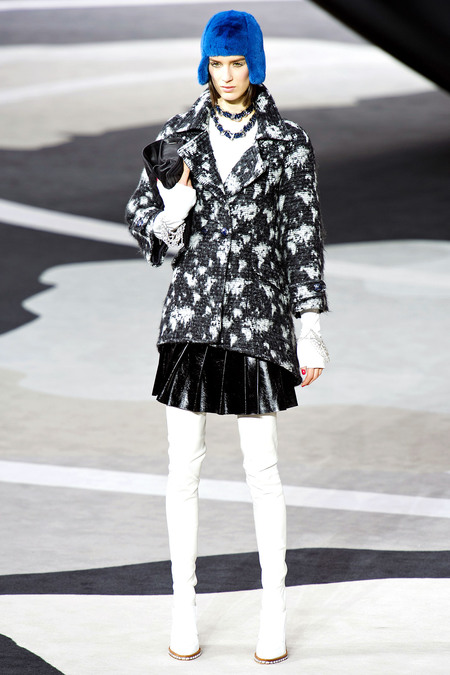 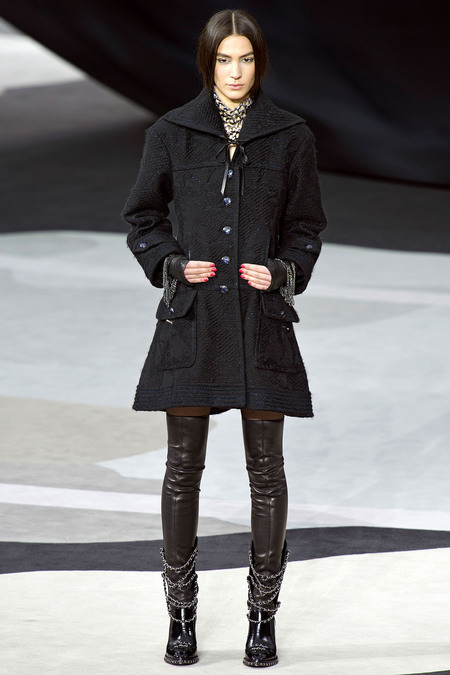 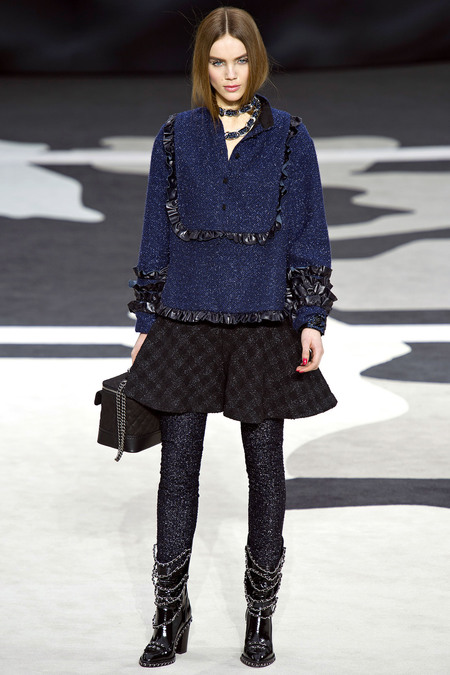 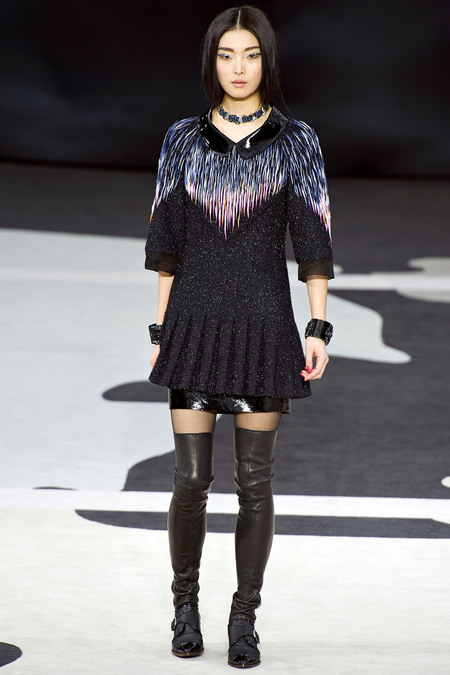 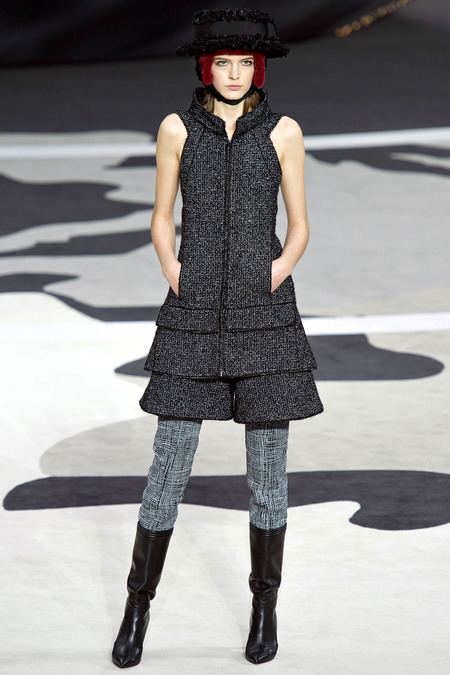 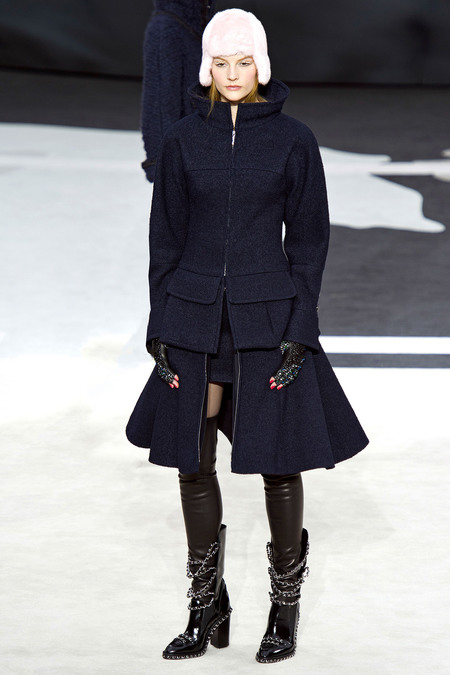 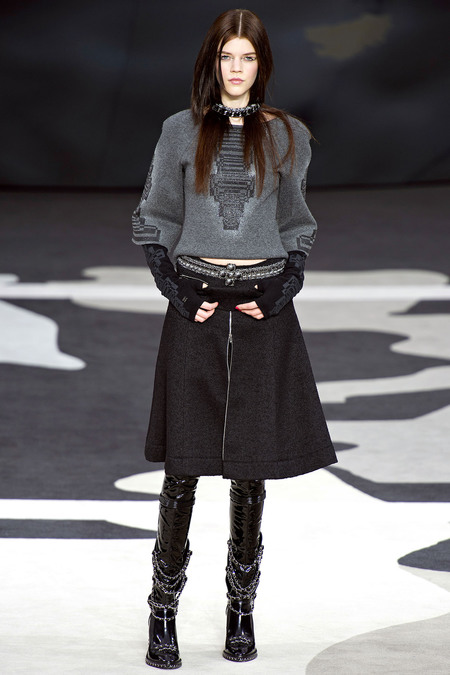 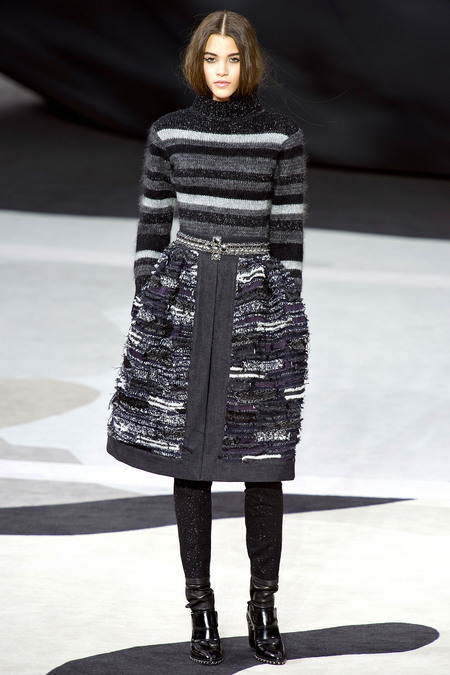 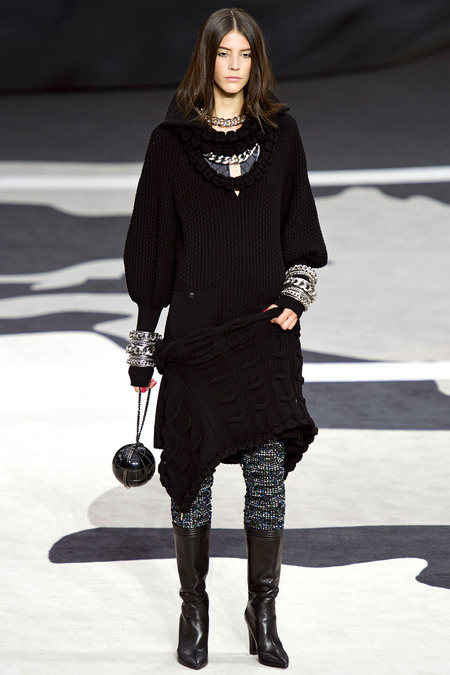 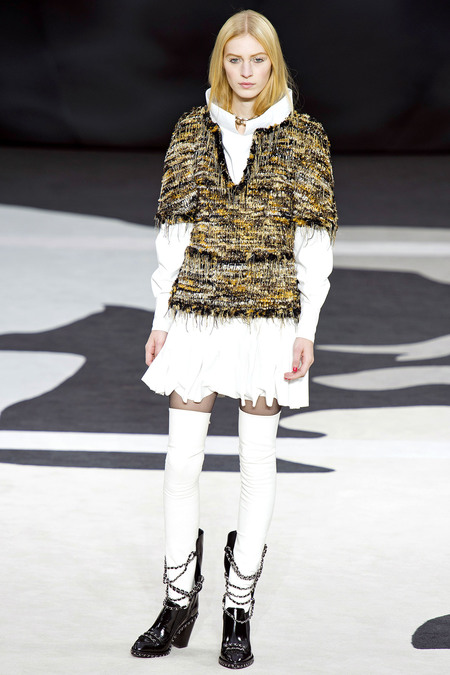 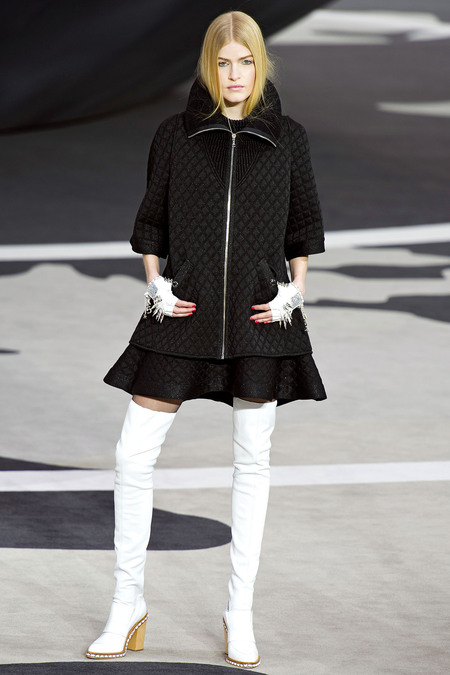 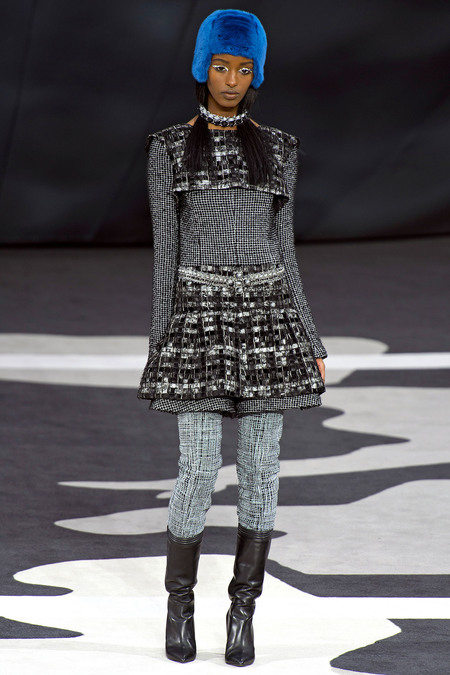 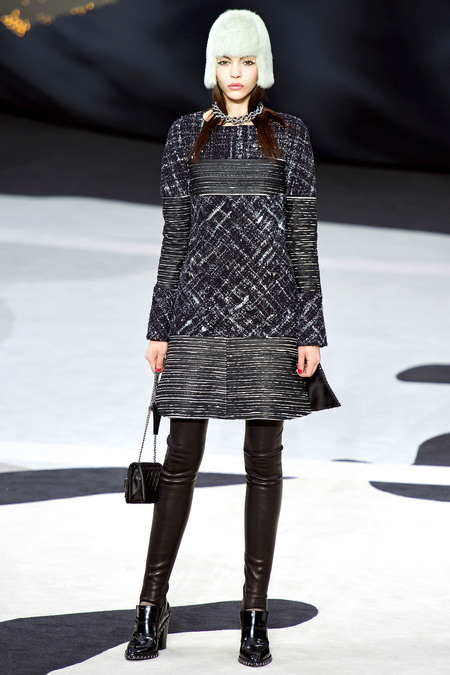 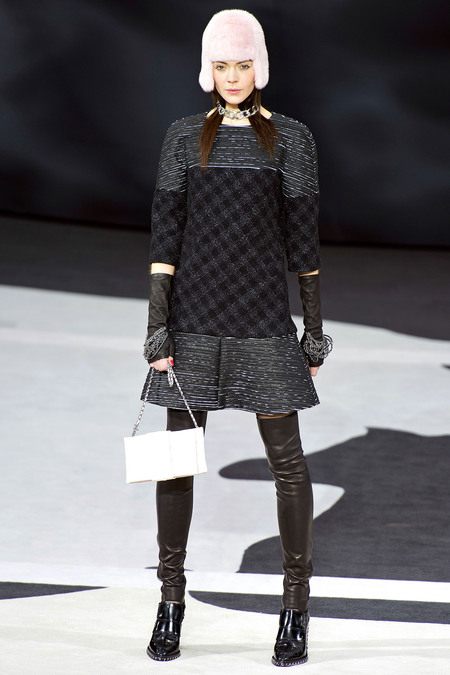 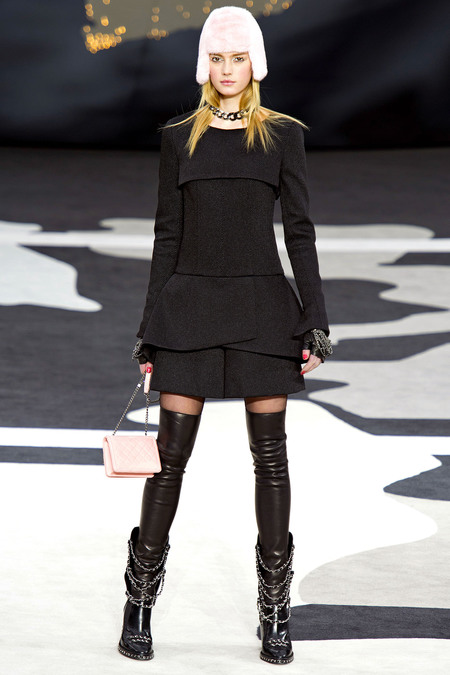 “I’ve got my feet on the ground, but this collection isup-to-earth, not down-to-earth.” While he was speaking, Karl Lagerfeld was strategically placed under the massive globe that majestically revolved, center stage, during the Chanel presentation this morning. So the only way to earth was, in fact, up. But, figuratively speaking, the collection he showed was also “up”: one of those confident, energetic, clothes-packed epics that he could probably draw in his sleep. (Not as banal as it sounds—Lagerfeld has often said he awakes from dreams and sketches a collection on the spot. He refers to it as “automatic” designing.)

Bouncy confidence hasn’t always produced convincing Chanel shows, but here there was a sepulchral undercurrent that was utterly seductive. The globe was dark, as though night had fallen on the world. The clothes were dark, too. And lean: a favorite silhouette fitted to the hip, then flared into a short skirt over leather cuissardes (so much better-sounding than their literal English translation, “waders”). The other key shape was equally streamlined, cut high on the thigh at the front, dipping to mid-calf at the back. This mutant redingote had a slightly libertine flair, which felt more Karl than Coco.

Even though it was night, the darkling was sparkling. “Not depressing,” Lagerfeld emphasized. Tweeds glittered, metallic thread brought shine to wovens. Aymeline Valade was entangled in a wonderful, shiny spirographic web. The effect was a little starlight spacey, though that impression might also have been steered by the Cardin-esque helmets some of the models were wearing. (They were, said Lagerfeld, actually facsimiles, in fur, of Anna Wintour’s iconic bob.)

As usual with Chanel, the fabrics defied comprehension. Anything that looked woven was just as likely to be an artful web of embroidery, like the explosions of monochrome flowers toward the end of the show. But, unlike with the couture, we were too far away for specifics, and that sense of distance underscored a point Lagerfeld wanted to make about the size of Chanel’s business. The scale of the house’s ready-to-wear presentations has often seemed like a metaphor in itself, and today, with the globe that revolved before our eyes, dotted with hundreds of logo-ed flags showing the location of every Chanel shop, it was even more suggestive. If only Lagerfeld had popped out the top at the finale to straddle the planet…he’s not usually one to slight a subtext, and Karl-as-Kolossos would simply have reaffirmed his role as the one and only dominator.

We love fashion and travel!!
View all posts by thelivingfashion →
Gallery | This entry was posted in fashion shows, lates trends. Bookmark the permalink.