Posted on March 21, 2013 by thelivingfashion 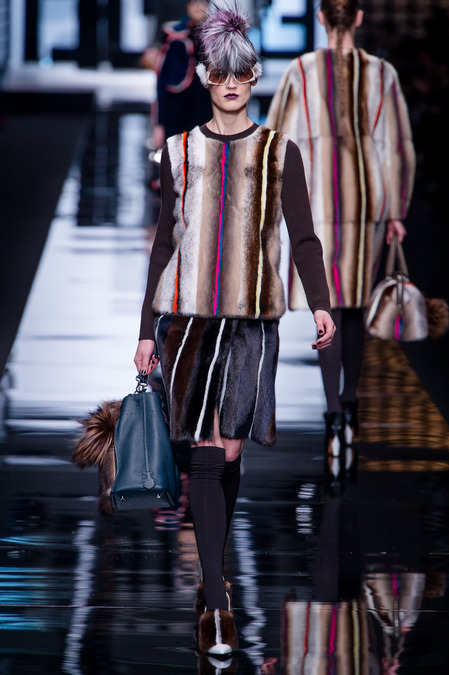 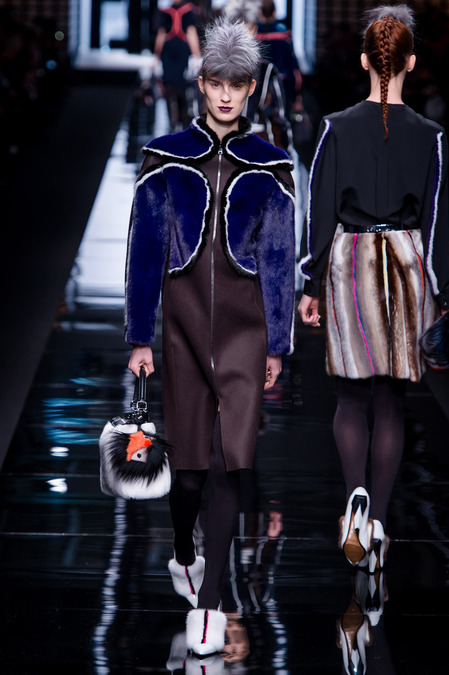 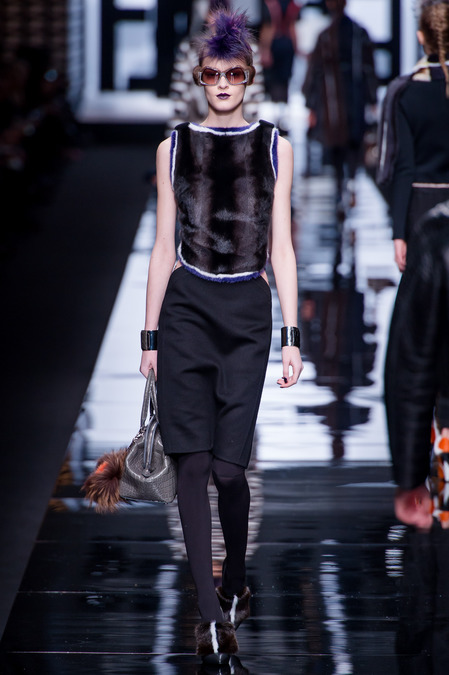 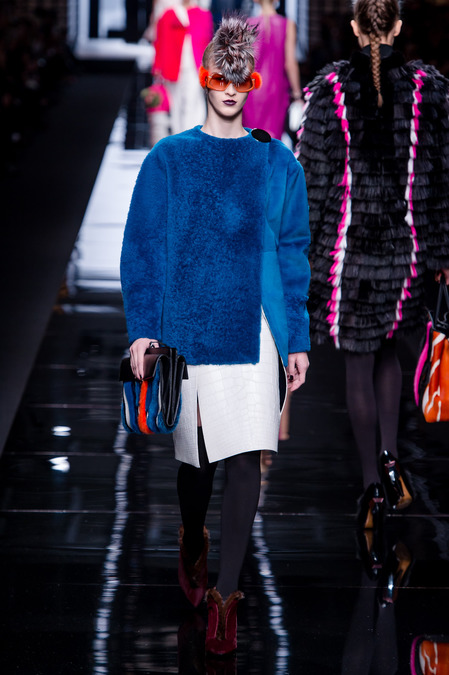 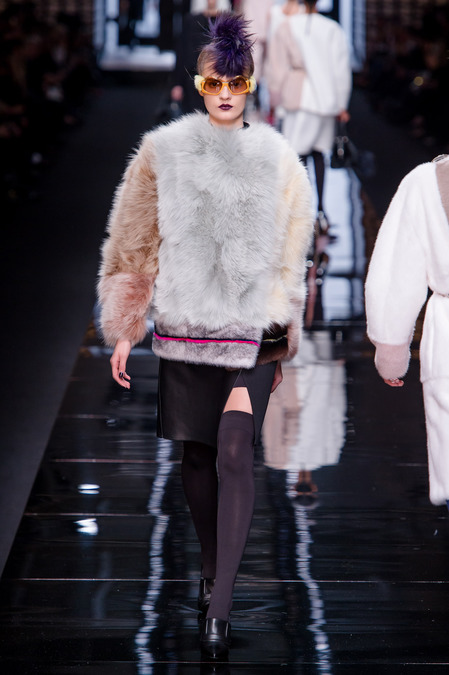 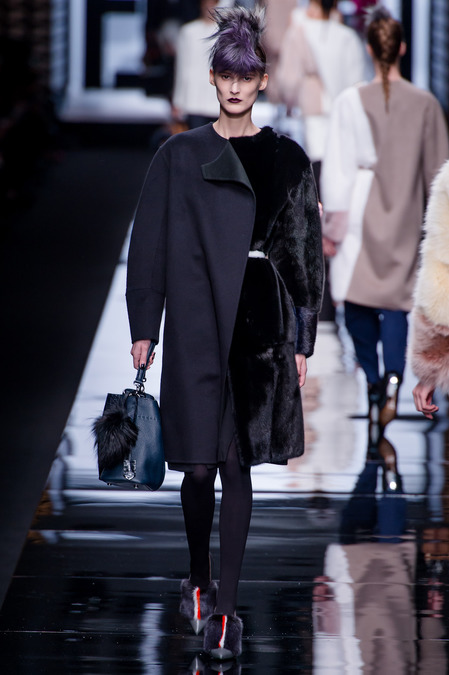 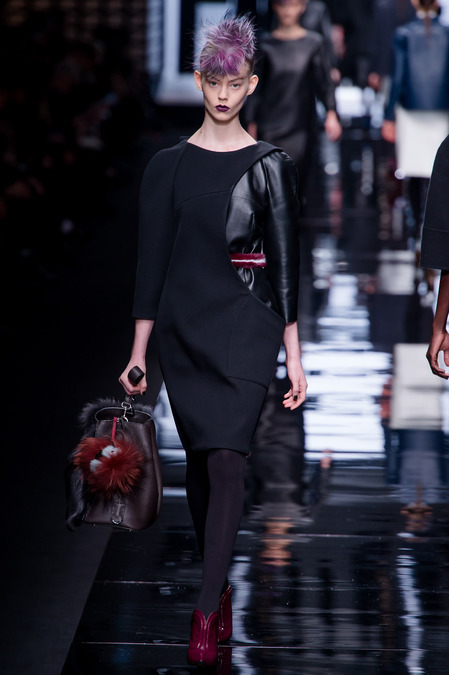 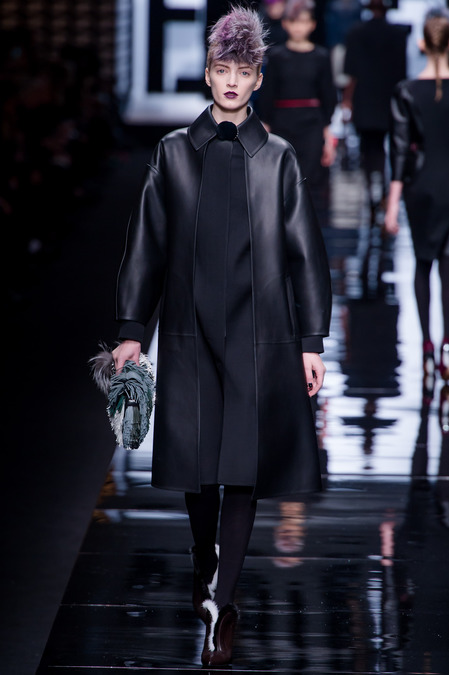 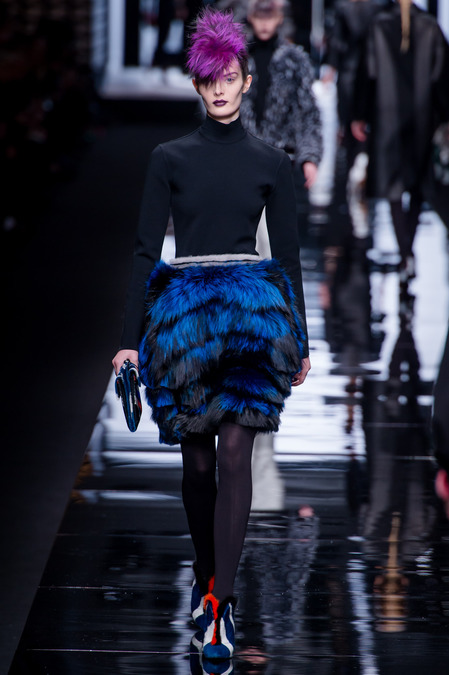 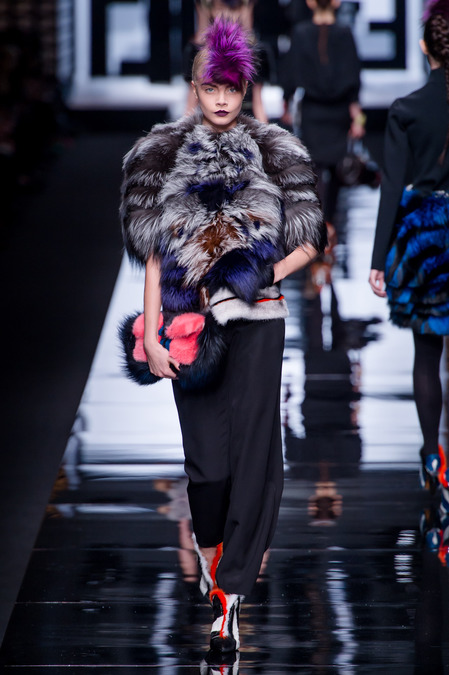 ‘s FF insignia was originally a sixties thing that stood for Fun Furs. Somehow it became codified as the corporate logo. Today, with his 96th (!!!) collection for the house, Karl Lagerfeld restored that original inflection. Which was simply one more testament to his unerring ability to mount, master, and extrapolate the merest flicker of modernity.

Admittedly, he has a brilliant consort in Silvia Venturini Fendi, a woman whose iconoclastic attitude to the verities of her family business inclines her to the extreme. So, with the fashion world surrendering this season to fur in every possible way (it’s as though it could resist for only so long, just as compassion fatigue sets in in the world of charitable works), it was the moment for Fendi to boldly go where no man could go before—or after. Or even in between. Simply because, as Lagerfeld so crisply declared, nobody does it better.

The fun was in the function. The Fendi show rolled by in a farrago of fur, detailed by Lagerfeld in a press-kit illustration that had fur on bags, bangles, belts, booties, and sunglasses. Sam McKnight attached Mohawks of colored fox to the models’ heads. Silvia hung fur owls off her bags. “Strange creatures on the catwalk,” she mused. “Like little birds.” By the time Julia Nobis closed the show in a fur coat woven in shades of pink and black and framed in barbaric shag, Silvia’s “little birds” had evolved into a new subspecies in fashion: an elegant, extravagant, techno-barbarian riposte to the realities of everyday dress.

It wasn’t just pelts. Karl conspiratorially communicated the properties of something called “leather feather fur.” We took that to mean the skins fringed and/or trimmed to look like an exercise in pure texture. Because the collection’s attention to leather was just as persuasive as its focus on fur. The notion of the natural mutated into something entirely artificial seemed to embody the essence of FF Fendi. Hybrids—they are the “strange creatures” that Fendi has made. And today they ruled.