Posted on August 12, 2013 by thelivingfashion 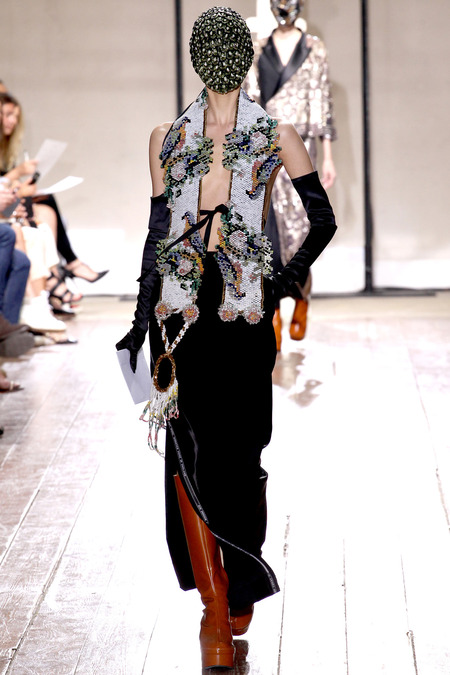 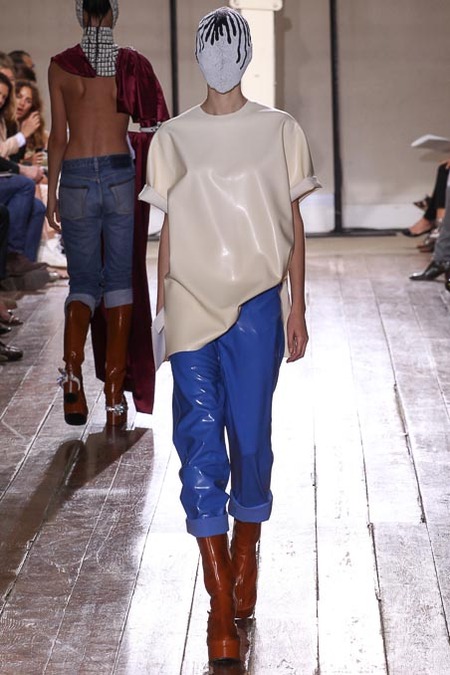 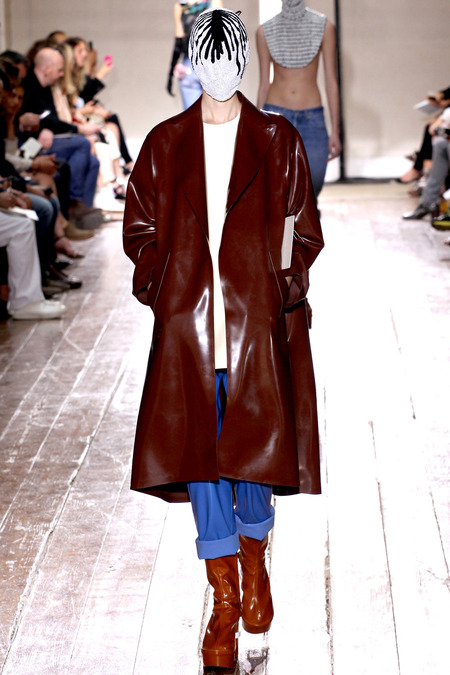 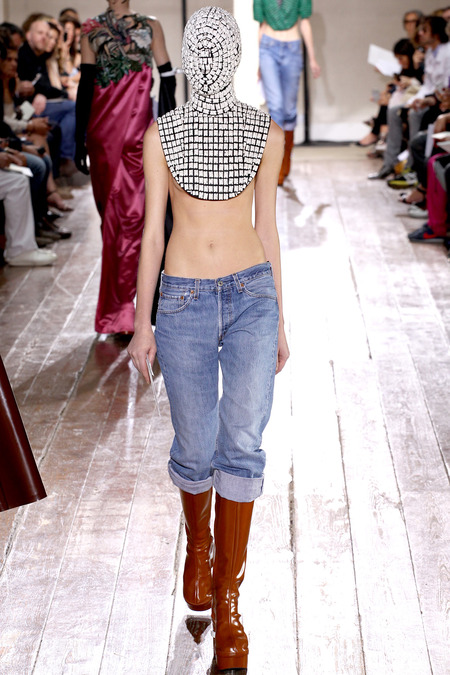 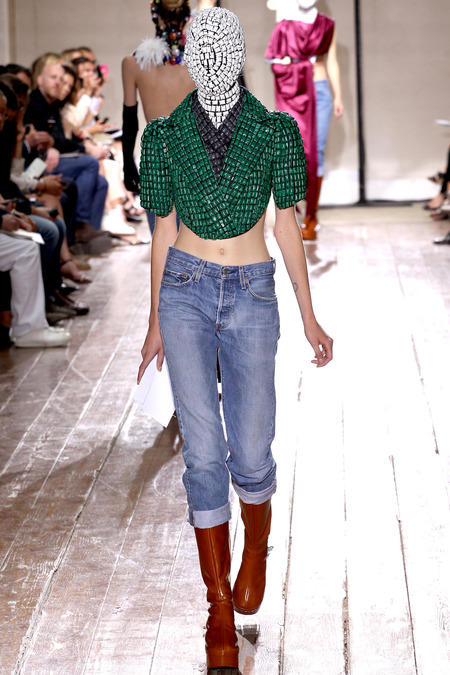 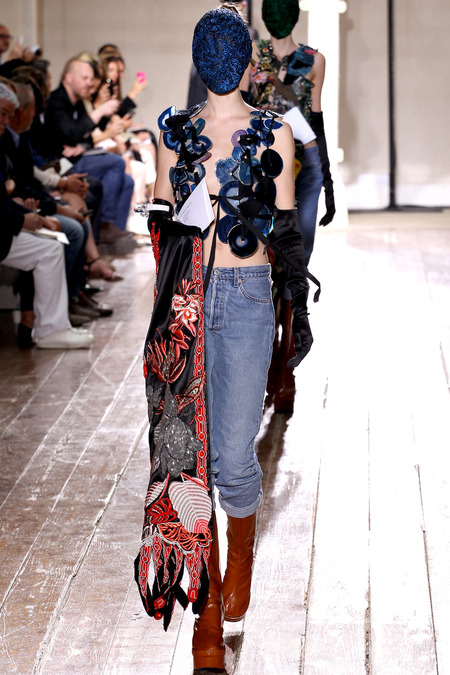 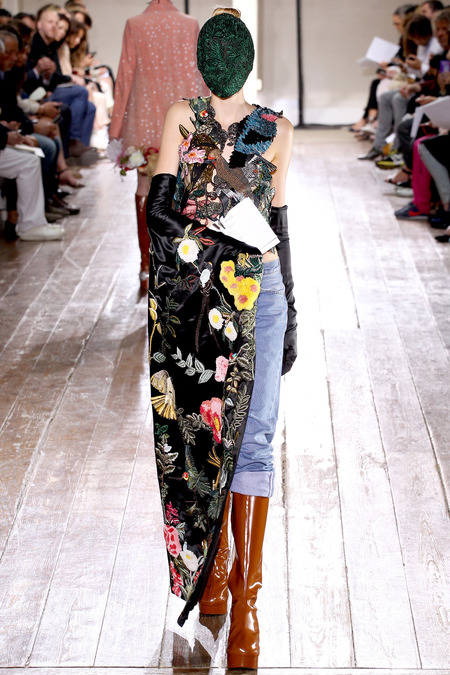 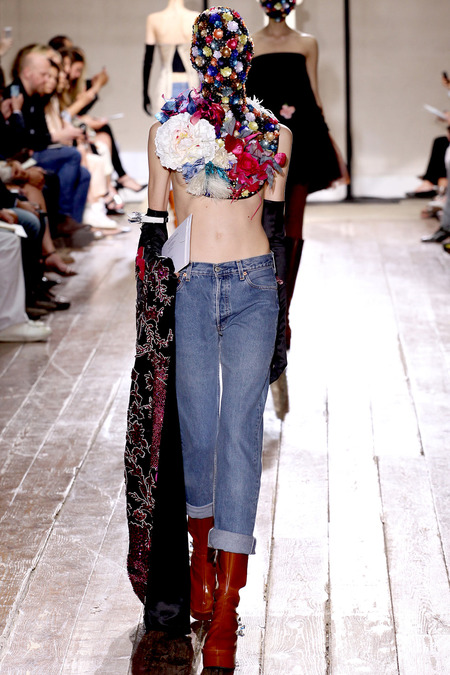 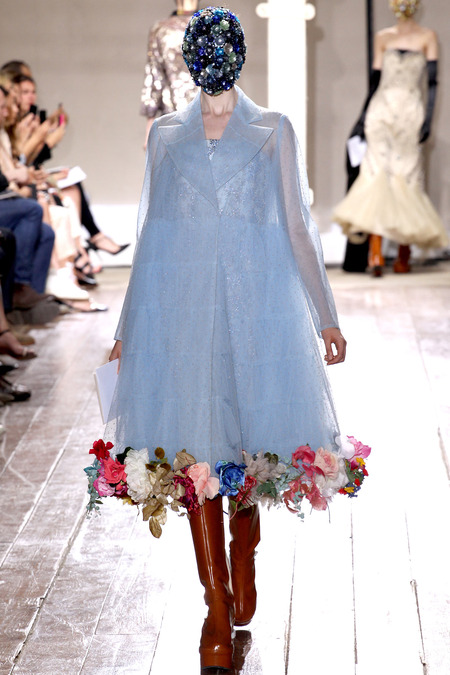 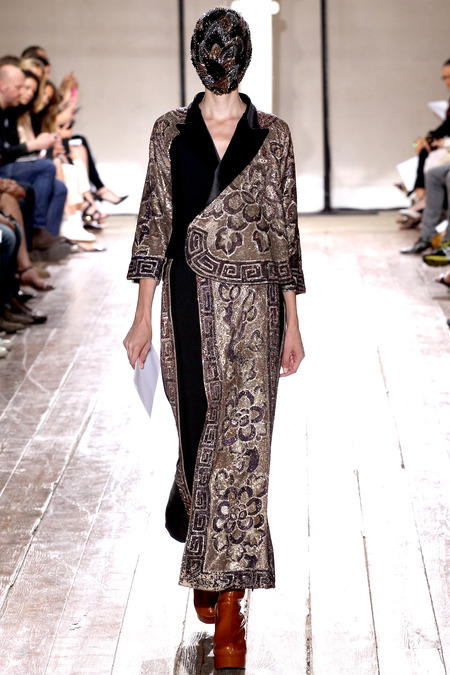 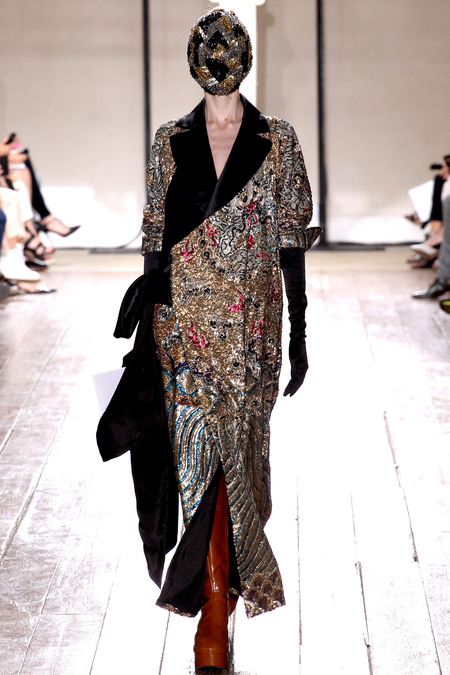 If fashion is alchemy of a kind, Maison Martin Margiela‘s Artisanal initiative is one of its most explicit expressions. Pieces from other times and places are restored, reworked, sometimes remade. Their provenance and the amount of man hours spent transforming them are meticulously detailed. Like look 14 today: A tulle and cotton coat cut from a 1950s prom dress sourced in New York was hemmed with vintage fabric flowers sourced in L.A., London, Paris, and Brussels and worn over a sequined dress, also from the fifties, that was found in Phoenix, the whole outfit taking seventy-six hours to complete. It could so easily be an obsessive academic exercise, but in practice, there is something captivating and respectful about the process of giving new life to these old clothes, never mind that the results are often so beautiful. The alchemists wanted to turn lead to gold. If the Margiela source material today was scarcely lead—sequined costumes from the Beijing Opera in the 1930s were striking in their own right, as were two embroidered Art Nouveau curtains in silk tulle—it was gilded by the transformation. The tulle, for instance, was laid over a strapless column in lustrous fuchsia satin.

Fundamental transformation is clearly Artisanal’s philosophical key. Here, it was presented so graphically that there could almost be a political point to it. Even the most basic outfit radically remodeled a white T-shirt and blue jeans in latex. The models walked with heads encased in masks. They were unique to each outfit, which meant they were masks that eerily revealed as well as concealed. (Kanye’s a fan.) One looked like Leigh Bowery’s inked egghead. Another was an abstract duplication of a bust of Chopin in cabochons of white, black, and green marble. (Ninety-three hours for that look.) They were paired with vintage jeans rolled up over platform boots with Swarovski crystal spurs, one facet of a new design alliance called Crystalactite.