Posted on August 27, 2013 by thelivingfashion 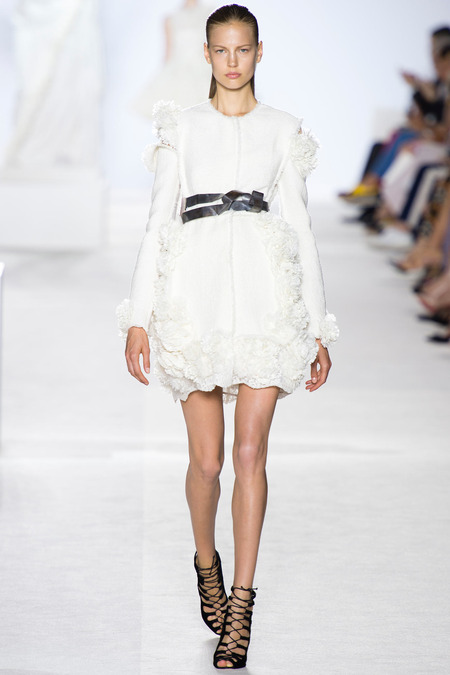 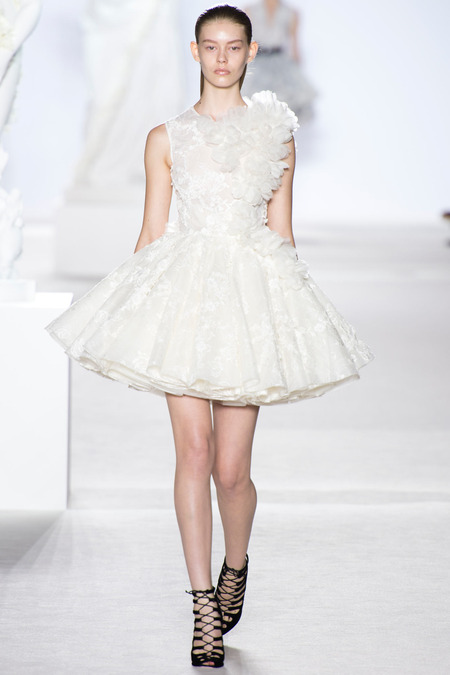 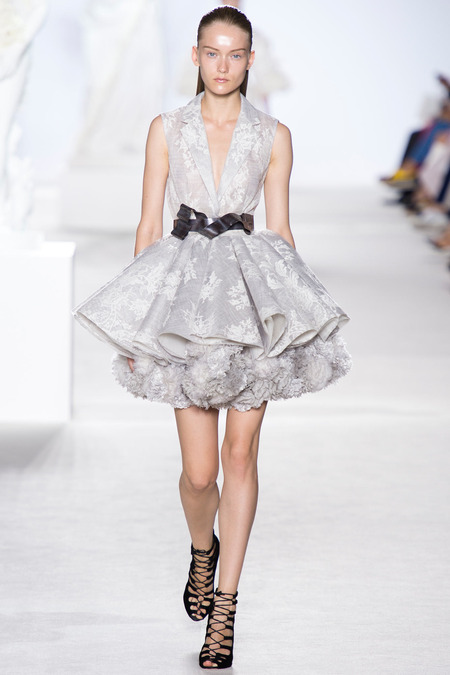 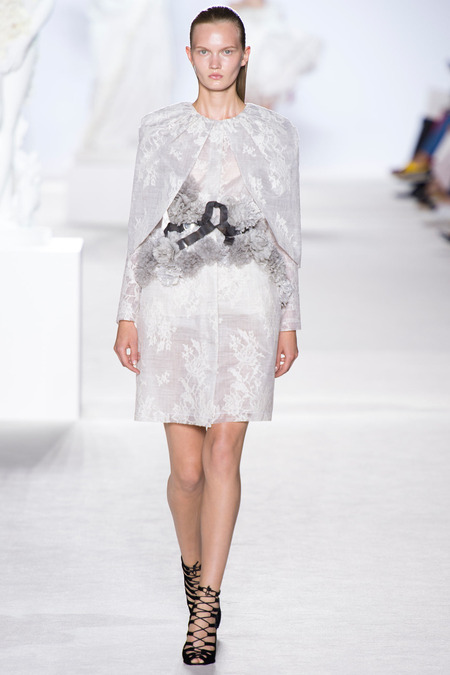 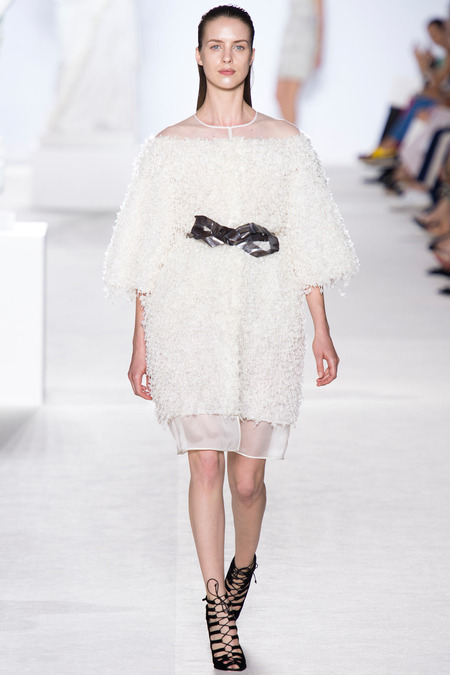 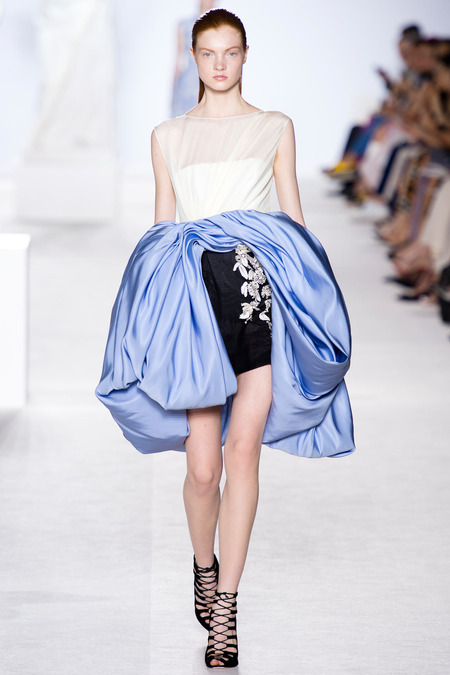 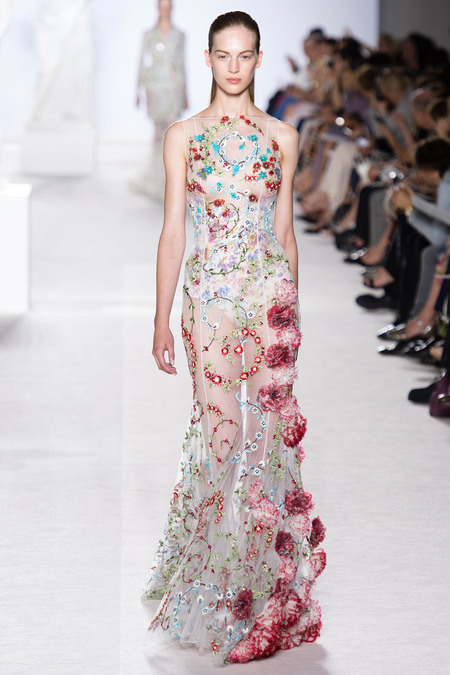 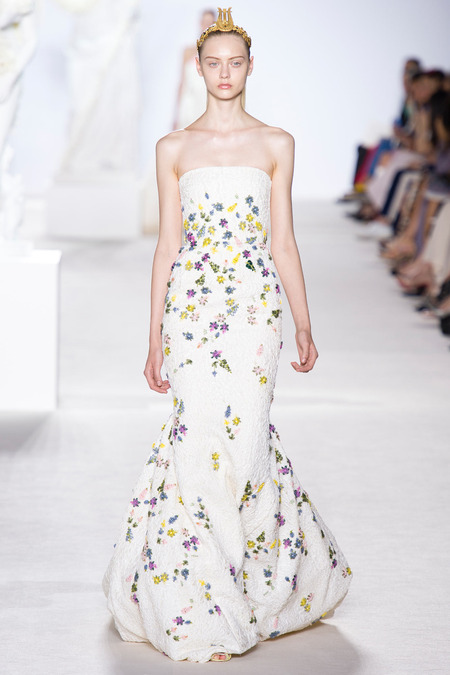 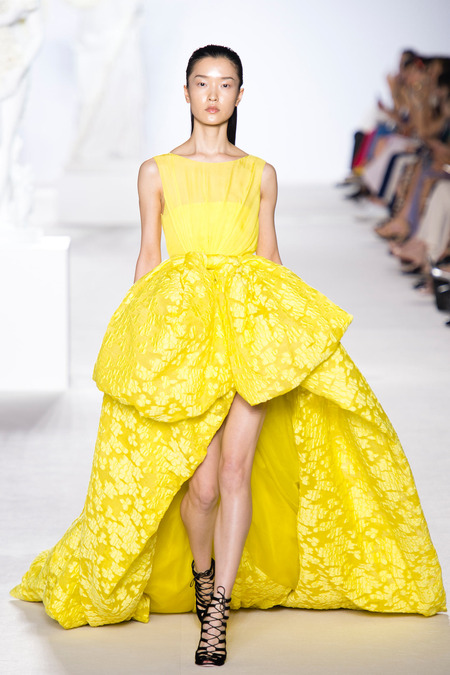 “Flowers and colors are what women want from me,”Giambattista Valli said before his couture show—his fifth, the program notes reminded us. “That’s what I give them, but every time I get inspired by something different.” The something different tonight was porcelain. A photograph of Valli’s own Meissen porcelain decorated the back of his invitation; on the runway, he divided the collection into neat sections, each influenced by a different country’s china. To start, a series of eight looks in Capodimonte white, their tone-on-tone embroideries setting a sweet, if not quite virginal note that for the most part continued through the other groupings. With its leggy, vertical silhouette—even the floor-grazing trumpet skirts were sheer—this collection seemed to skew more toward Valli’s twenty-something acolytes than to octogenarian fan Lee Radziwill.

After Capodimonte was Wedgwood. The Valentino designers riffed on Delft pottery in March, so a blue and white embroidered evening coat, while vivid, felt a bit familiar. France’s sanguine red Sèvres came next. A strapless dress in draped mousseline with three-dimensional poppy florettes on the bodice was more hot-blooded.

The multicolor Meissen-influenced embroideries were last, and they were the best. Red-tipped pink silk flowers cascading down one side of a tulle column were so lush they could’ve been real, and sprays of nearly-neon pink and yellow blooms on downy white gowns made you look twice. Luigi Scialanga’s sculpted gunmetal belts, like twists of ribbon, accessorized many of the dresses. In this section they were gold-dipped, which reinforced Valli’s theme beautifully.