Posted on March 11, 2014 by thelivingfashion 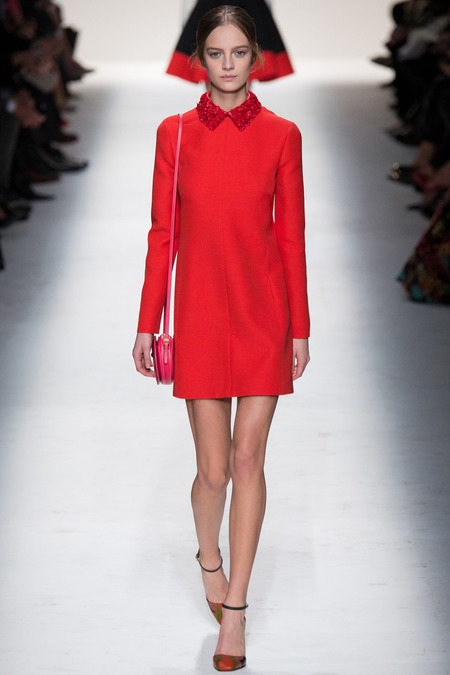 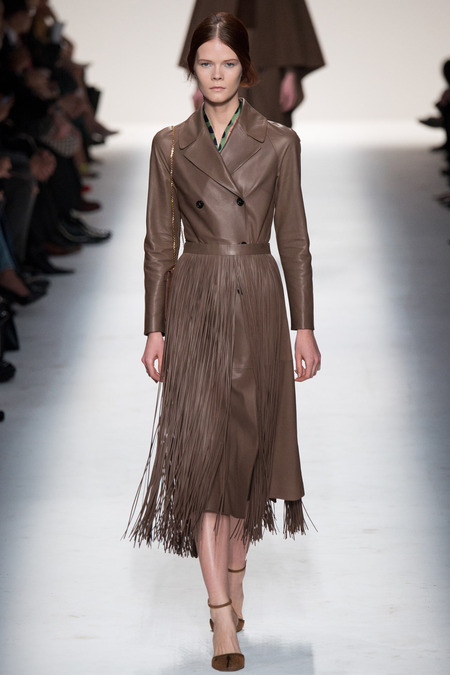 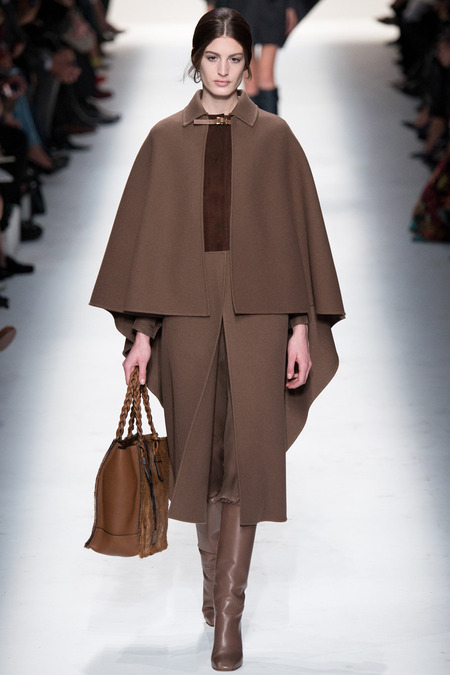 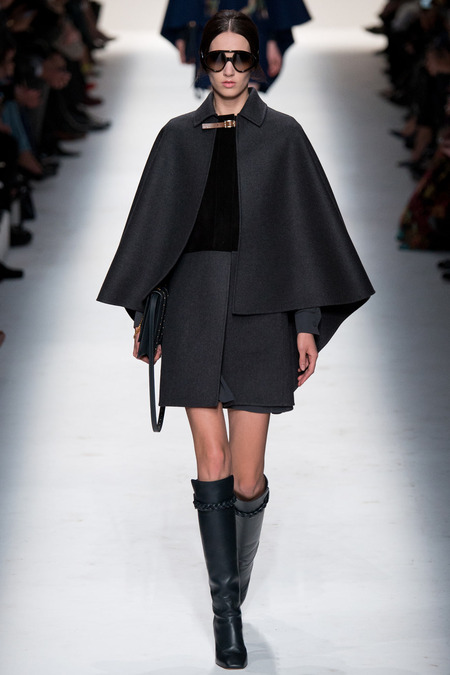 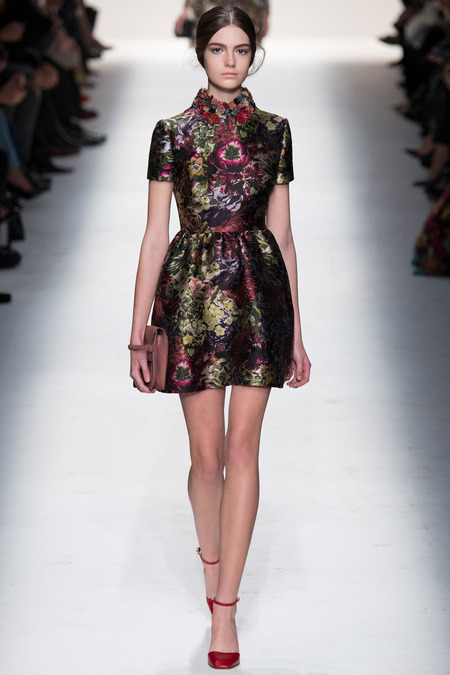 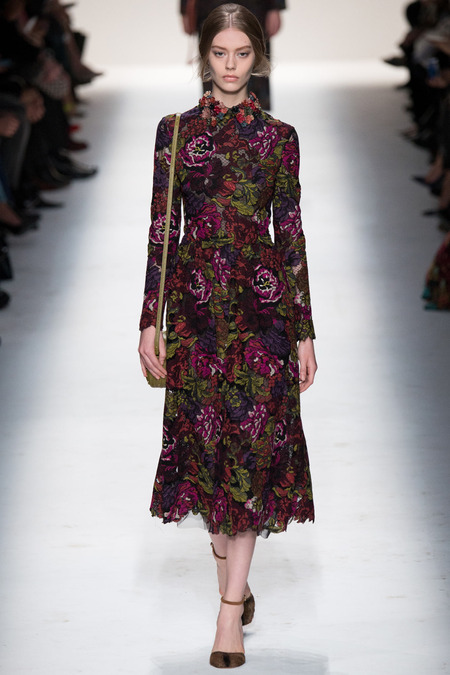 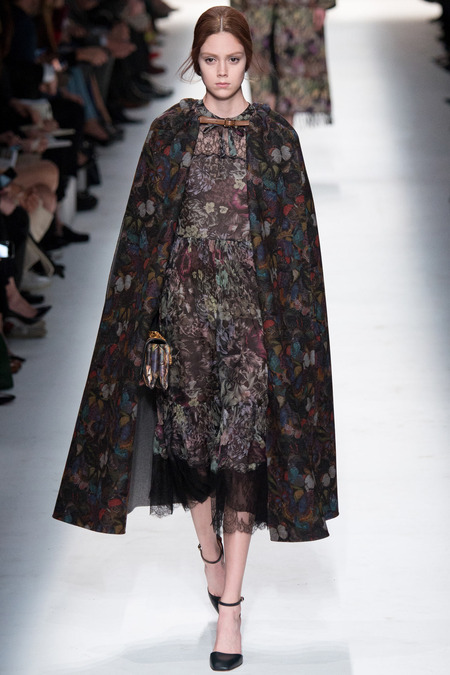 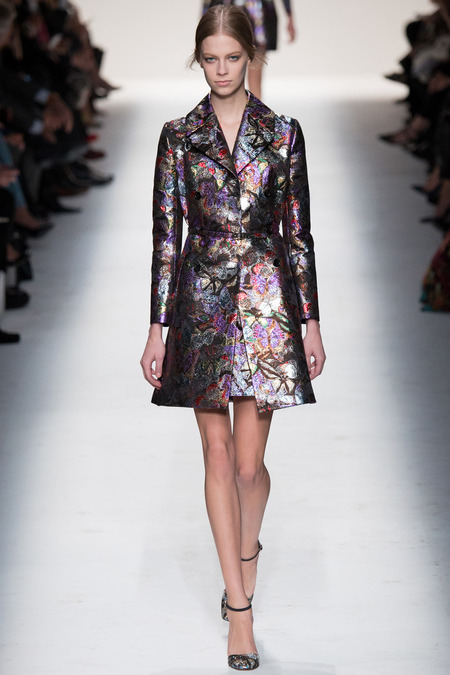 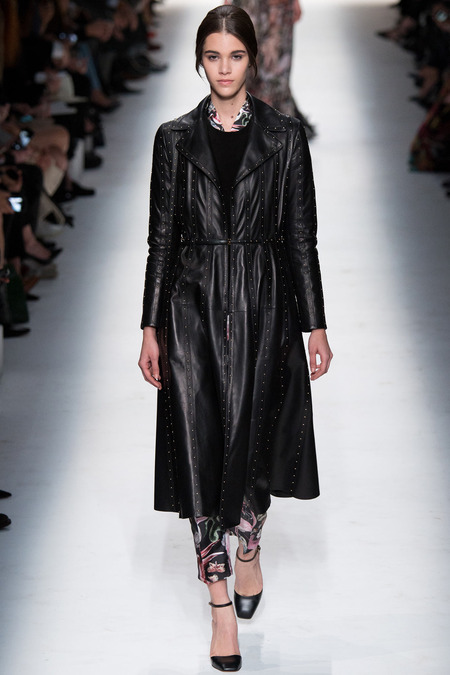 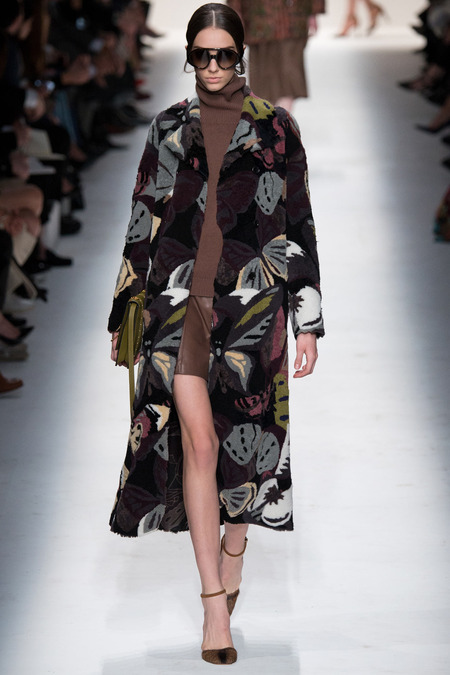 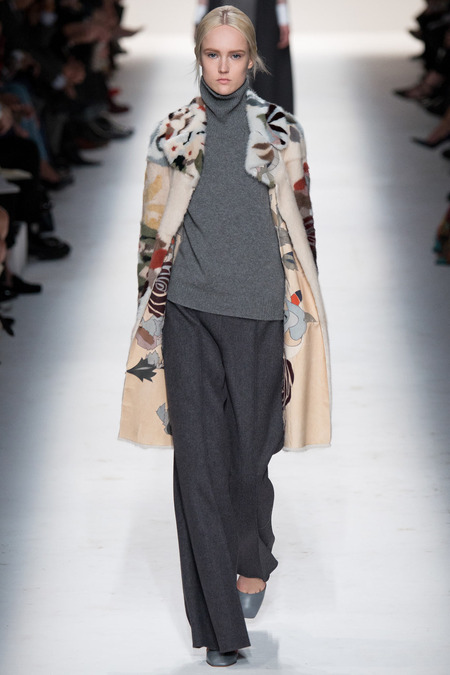 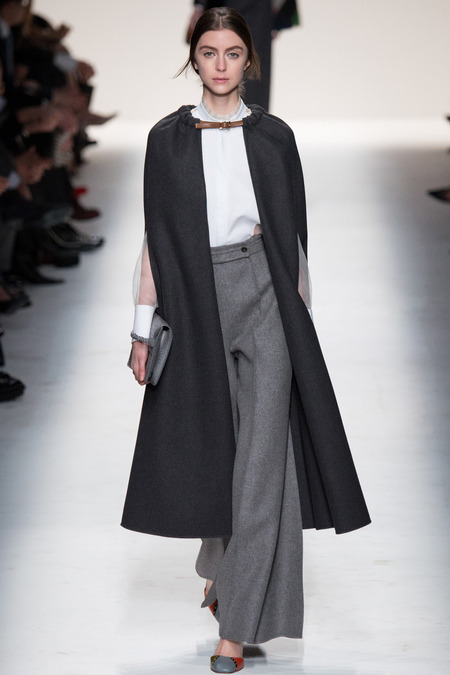 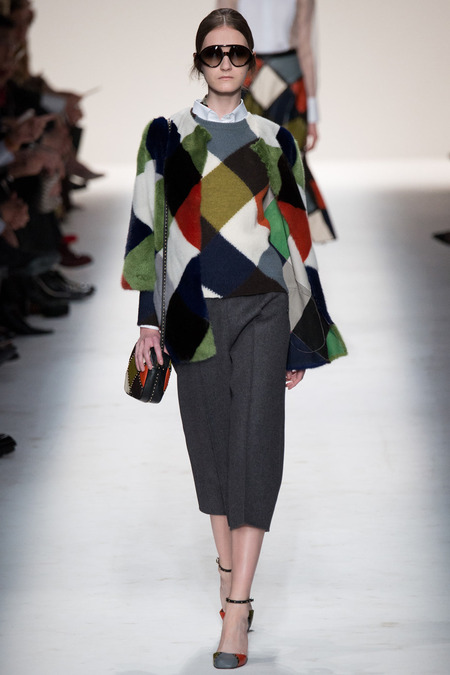 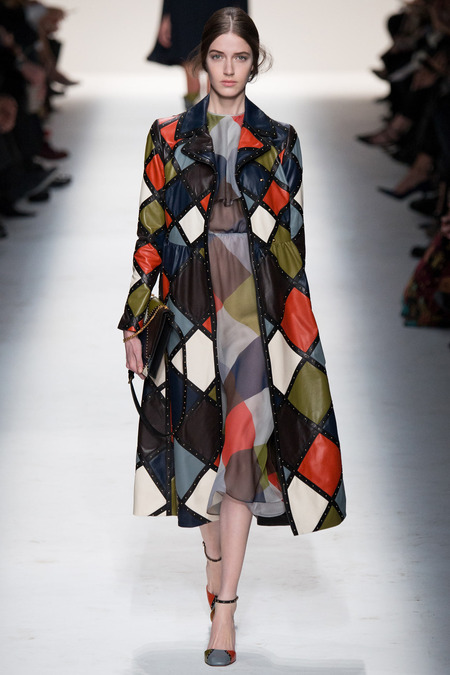 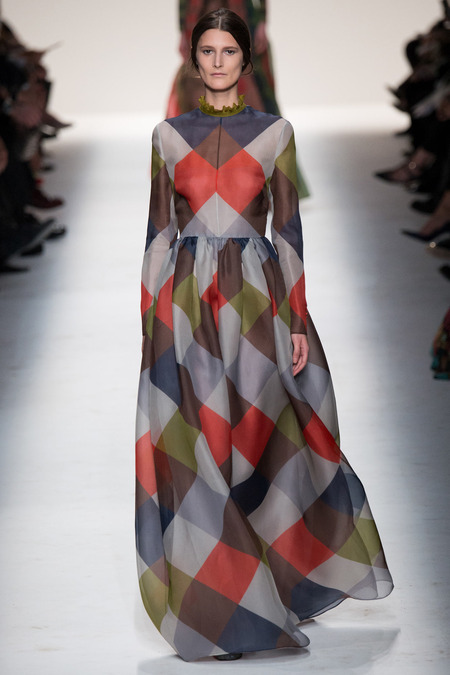 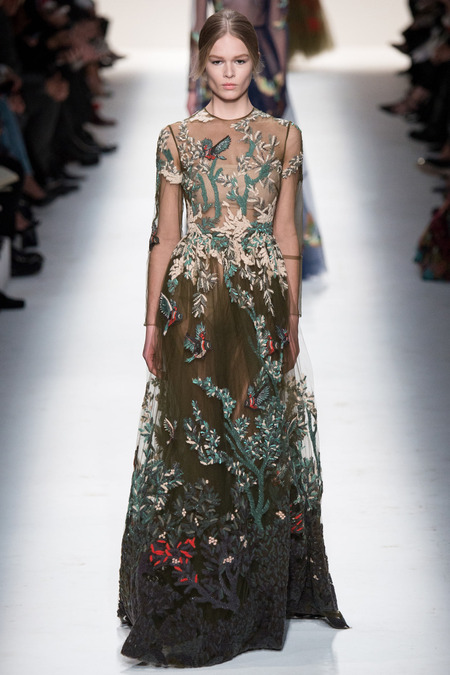 Valentino is a Roman house. It’s a fact that Maria Grazia Chiuri and Pierpaolo Piccioli have been keen to celebrate of late. A year ago, remember, they were exploring the paintings of Dutch masters and Delft pottery. But here, on the heels of a lush Couture show inspired by Italian opera, they were looking at Italian Pop art from the sixties and seventies. The work of female artists Giosetta Fioroni, Carol Rama, and Carla Accardi decorated their mood boards. “They were rule breakers,” the designers said beforehand. “Nobody believed that women could be artists.”

Fioroni and co. inspired Chiuri and Piccioli to do some boundary breaking of their own. The opening series of optic florals were a zingy, graphic departure from the romance of their previous collections. They popped. But as bold as they were, they were clearly, recognizably Valentino. Chiuri and Piccioli have been helming this label for five years now—doesn’t time fly? This show cycled through many of the ideas they’ve brought to the house, much of them with a mod sixties flavor this season: the shirt-collar dresses, the embroidered tulle gowns, and capes of all kinds—in lace, in leather, in drapey silk crepe, and in versatile double-face cashmere that could be pinned back to create an alternate look. Chunky but featherlight cardigan coats as well as leather patchworked into a multicolored harlequin motif on a midi skirt that they paired with a bibbed blouse looked the newest.

The designers devoted a significant portion of the show to eveningwear, and it shined a light on the couture-quality work they’re doing here. Butterflies, which appeared in their Haute Couture and Pre-Fall collections, multiplied all over long dresses, but so did roses and birds. The presentation ended with a navy tulle dress embroidered with a naively rendered heart over one breast and stars on its skirt, lifted from Fioroni. When Chiuri and Piccioli came out for their bow, Valentino Garavani and Giancarlo Giammetti stood to applaud and offer kisses of congratulations. The outpouring of affection felt like an appropriate recognition of the duo’s talents. They are this house’s beating heart.

We love fashion and travel!!
View all posts by thelivingfashion →
Gallery | This entry was posted in Fall RTW, fashion shows, lates trends. Bookmark the permalink.