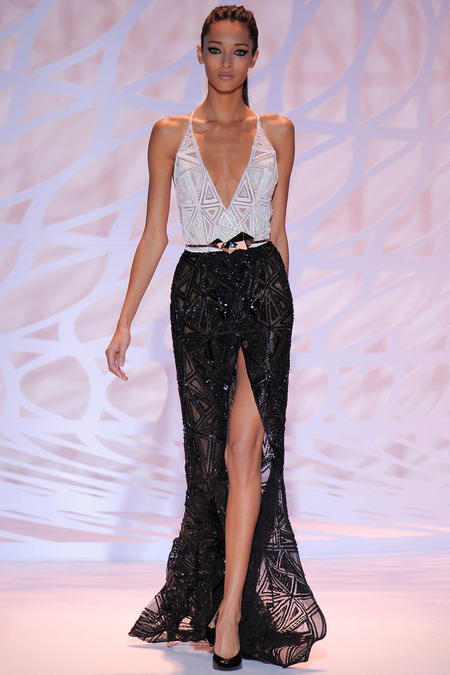 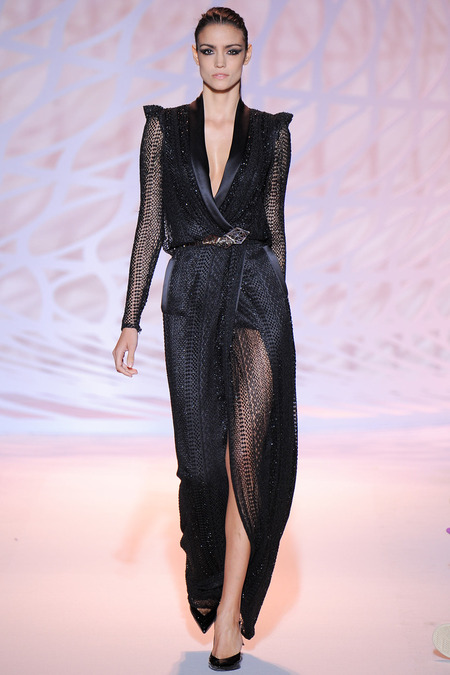 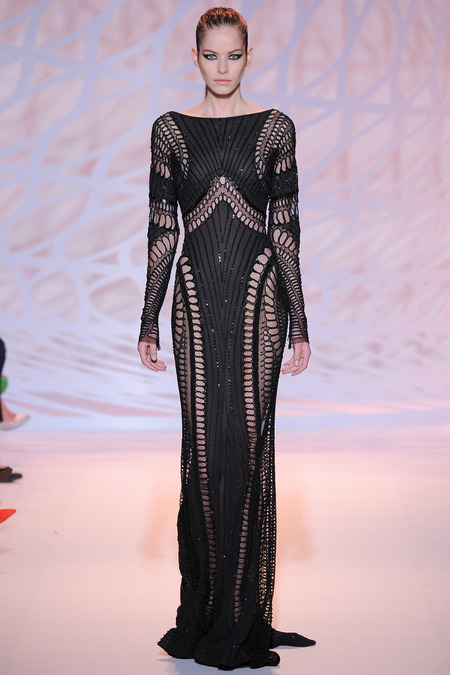 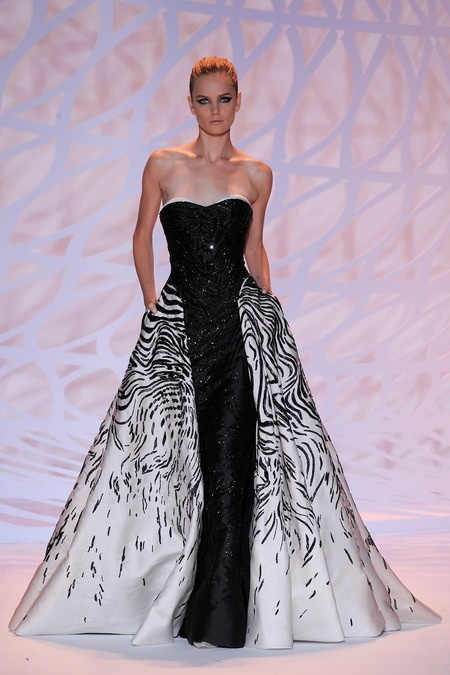 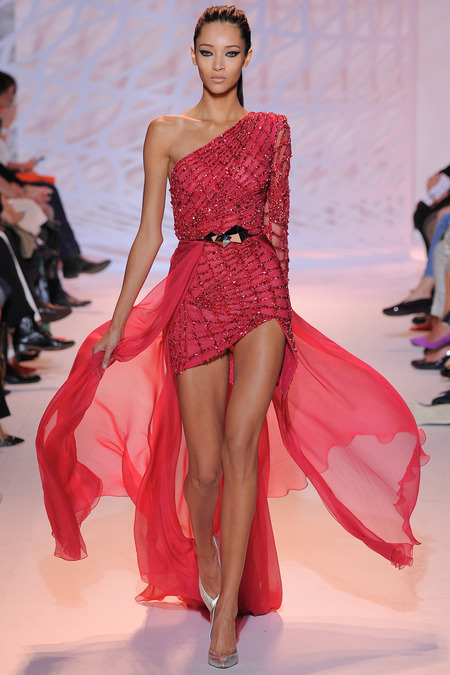 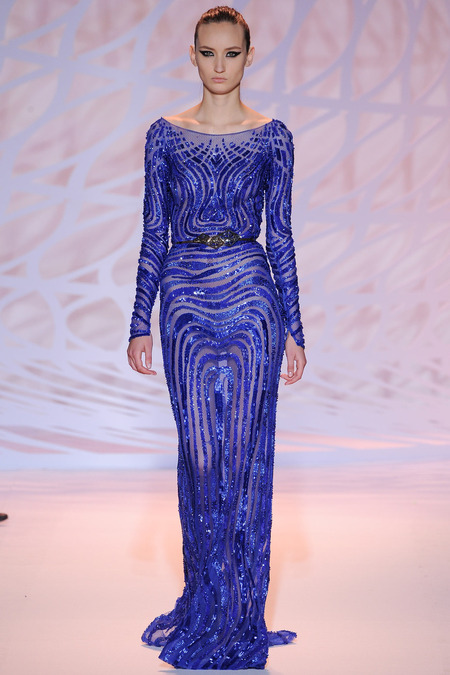 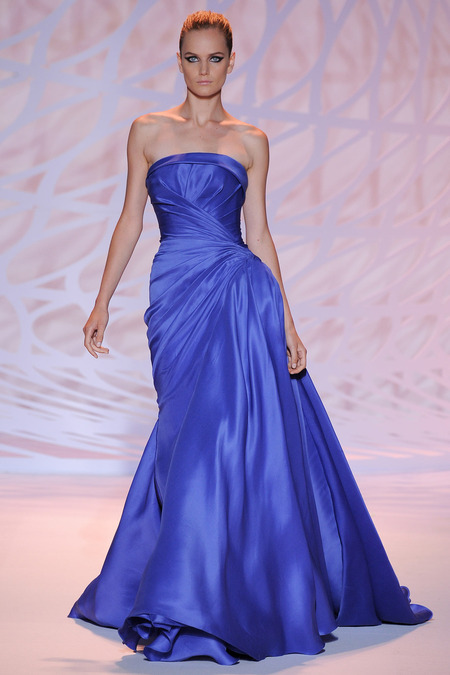 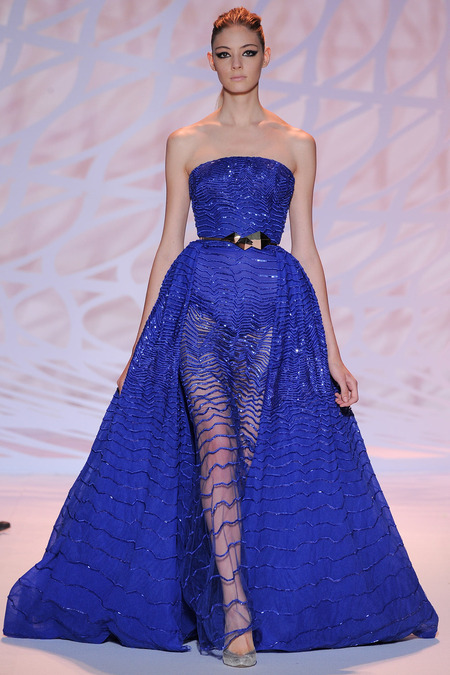 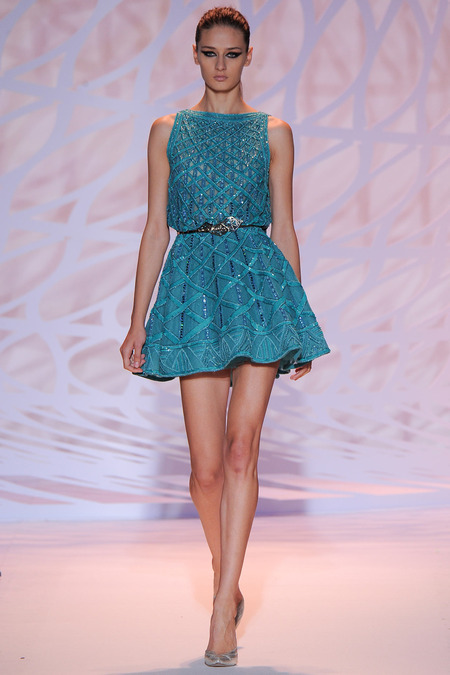 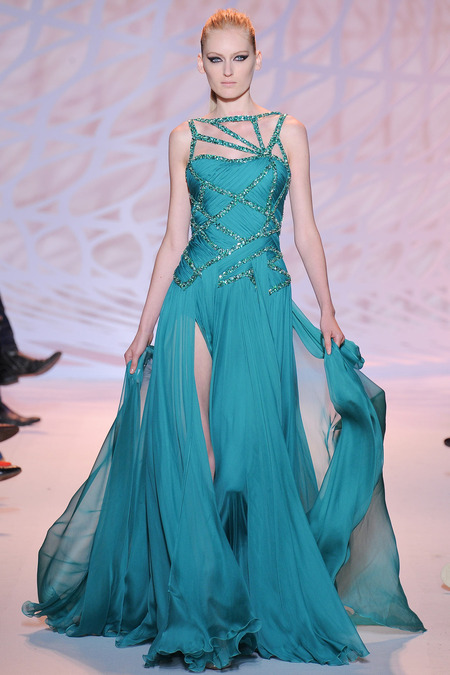 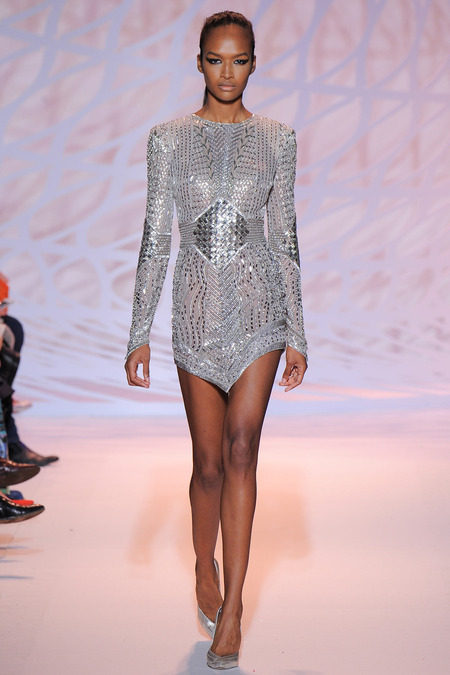 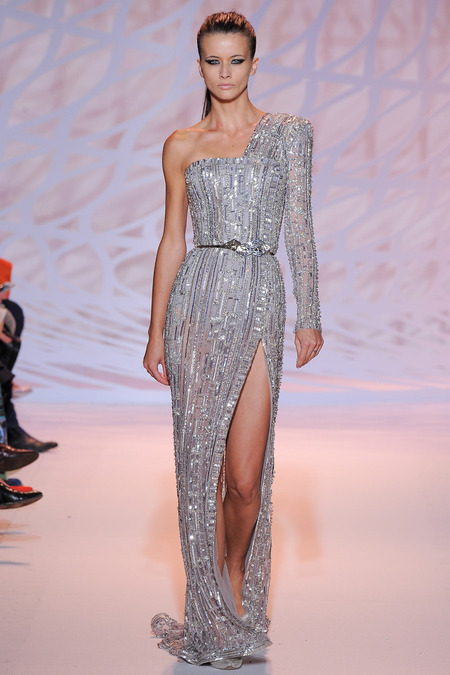 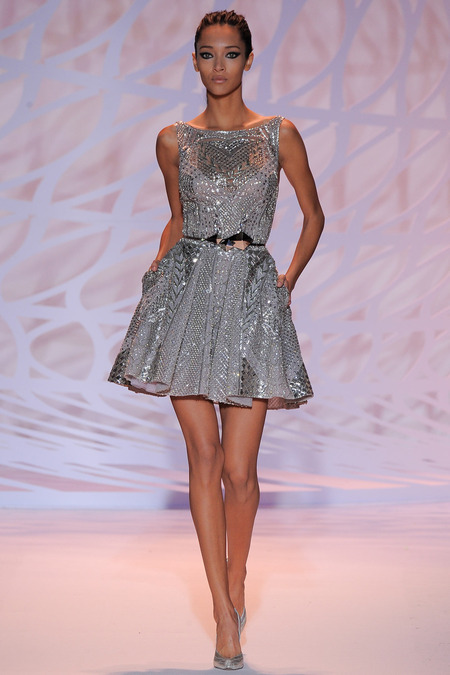 Beirut has been undergoing an architectural renaissance, with Herzog & de Meuron, Norman Foster, Steven Holl, and Zaha Hadid among the starchitects making their mark on the Lebanese capital. Zuhair Murad, who is based there, saw the potential for a Couture collection built from geometry—particularly Hadid’s extreme forms. To most eyes, Murad’s interpretation might seem tenuous; dresses generally adhered to classic cocktail or gala silhouettes, with an occasional angular bustline, displaced hemline, or enhanced-volume overskirt. But look closely at the surface detail and you could see how the stretched, encrusted wave patterns; guipure macramé; and puzzle-piece prism motifs expressed a certain neo-futurist edge—especially when rendered in black, white, and silver (the result of hammered metallic sequins).

In trading last season’s precious garden inspiration for a modern cityscape, Murad nudged his aesthetic forward, even if only incrementally. To his fairy-tale wedding dress, he added a 5-meter-long veil; yet the crosshatched embroidery evoked the distinctive cladding employed by various architects today. The designer could have pushed further beyond his signature glamour comfort zone—but perhaps his clients (well-evidenced by the primped-up women sitting front-row) don’t demand this of him. He mentioned that his couture customers are younger and younger—in age and also in spirit, and maybe the beaded, multicolored jump-short number will be purchased less because it represents a good investment than a youth-affirming indulgence. The penultimate look, a shimmery belted caftan, was an outlier in its Art Deco vibe; its unstudied elegance was the most modern statement of all.