The idea of a creative director becoming a CEO entered the fashion zeitgeist when Christopher Bailey was appointed CEO of Burberry. Today, BoF brings you an in-depth conversation with Floriane de Saint Pierre on creative leadership by trend consultancy K-Hole, from the most recent issue of 032c. 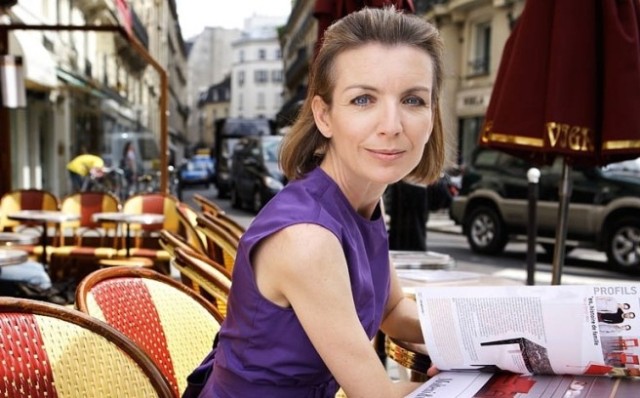 K-Hole: You describe “creative leadership” as a new organisational model, in which the role of the creative director and CEO come together. That statement is the impetus for this report. Can you expand on what that term means to you? What’s at stake in it, and how is it changing? Are there other organisational models competing with it, or is it the clear winner?

Floriane de Saint Pierre: There is a fundamental difference between design leadership and creative leadership. When the quality of a product or service becomes the minimum expectation, strong brands are successful not only thanks to strong design leadership, but also thanks to strong creative leadership. This is true for every product category, from cars to technology. Creative leadership includes design leadership and the ability to transcend established rules – business rules, for example – to invent new ones. Today, the question is: who leads a brand? Who creates the brand value? I would answer, undoubtedly, the creative leader, the individual who instinctively understands the spirit of a brand and the zeitgeist. This is true whether the background of the creative leader is design or business. When you understand the spirit of a brand and the zeitgeist, you can lead creatively. This is why the nomination of Christopher Bailey as Chief Creative Officer and Chief Executive Officer of Burberry is extremely interesting, and incredibly smart. He’s retained Chief Creative Officer in his title, and it comes before the CEO title. It’s a major statement. Any winning global brand is aligned in the messages it delivers, not only from an aesthetic standpoint, but in terms of spirit – even in its business decisions.

With digital communication, any non-alignment in a message is immediately perceived by the audience. Not only perceived, but also, most certainly, felt as a lack of integrity. One message, one leader. Global brands become leaders because they can satisfy their audience. But most importantly they sustain growth by transcending rules and inventing new ones, always aligned with the spirit.

Can you say more about the role of instinct – both in your career and in what good designers/creative leaders do?

I love numbers; I love data – they are reassuring. I have a business degree and started my career in finance. Simultaneously, I was exposed to contemporary art and started collecting as soon as I earned money. Throughout my career, I learned to pay attention to my instinct, then to listen more carefully. It took me another step to act according to my instinct and to my intuition. Now I know that my rational side is just a plateau. I base every key decision on my instinct.

Instinct and intuition, in my view, have a lot to do with authenticity and thus with integrity. Consequently, I consider brand guidelines highly dangerous. They keep brands on the imitation/repetition mode, instead of keeping the spirit alive. When there is no creative leadership, brands need guidelines, and sticking to a code, a format, or a heritage is dangerous for the brand’s spirit and integrity.

How does a business make space for intuition?

Creativity is the ability to transcend traditional ideas and rules to create meaningful new ideas. When this is applied to business, it may seem scary. But all business builds on creativity and creativity builds on intuition; the car industry, the pharmaceutical industry, the technology industry would have never existed without intuition.

This is the first phase of brand growth: the creative leadership of a genius founder. Then comes the second phase and the biggest risk, to let tradition and repetition take over from intuition and innovation. But the brand stops being ahead, stagnates, and may seriously suffer unless creative, intuitive leadership is brought back. In my view today, the winners will be the brands that are run by creative, intuitive leaders. Being rational is just a prerequisite that is not even worth mentioning.

How much of creative leadership is about centralising control in decision making?

Autocratic creative leadership is necessary when people in the brand don’t belong to the spirit. I have often said that brands are tribes. Someone who understands the spirit and the culture of a brand will make relevant decisions.

It is interesting to watch fashion brands, such as Céline or Saint Laurent, that have been resurrected quickly and very successfully thanks to precise and centralised creative leadership. It includes but goes well beyond design decisions to cover the full scope of business decisions.

Is it possible to sustain a cohesive brand spirit without having a single creative leader at the helm?

A brand may have several design leaders but cannot have more than one creative leader, who, sometimes, is the shareholder.

How do you personally judge coolness? How do you translate the significance of coolness into a business context?

I can’t explain what is cool, I feel it! In fact, Nicolas Ghesquière brought this cool factor to Balenciaga, and in doing so managed to resurrect the brand. He dressed his generation and it was a success story. From a business perspective, it was important to bring back this attitude.

Can you say more about the gift of the designer who is capable of both being in sync with “the rhythm of his time” and seeing into the future? Is it something people “just have,” or can they grow into it?

Artists are ahead and can be so ahead that, in the cases of artists like Louise Bourgeois or Isa Genzken, their work gets recognised very late in their lives. Designers in any field, whether they are architects, industrial designers, or fashion designers, must capture in advance what is coming and have the ability to connect the dots. It is fascinating to watch people like Steve Jobs, Mark Zuckerberg, and, in our field, Natalie Massenet, for example, who have imagined and executed breakthroughs that have changed our lives. I now know for sure that some people just have the talent to feel, detect in advance the evolutions, and connect the dots. Most people just don’t have it. When you have such talent, I don’t know if you can develop it, but certainly you can decide how to use it.

You talk about a consumer-centric brand versus a fast-paced consumer goods manufacturing brand. Do you think the role of the creative leader actually engages consumers in a more direct way? How do you think about the relationship between this figure and what a consumer at the other end of the spectrum actually sees?

Oh, I think it’s very simple. It’s just a natural consequence of the digital spread in the world. It used to be much more difficult for brands to reach their audiences. Now there are billions of messages every second. A brand has an audience even before it has consumers. Now they can go direct to the audience. I think there were two accelerators: one was the economic downturn in 2008–09, when all brands had embraced the digital piece in a more global way. And the second is the fact that China and Asia Pacific are embracing the digital world. It was much more difficult a couple years ago; it was very, very controlled.

The fact that brands can address an audience was not perceived as an opportunity in the beginning. I think that was a generational problem – the CEOs were from another generation. Even the creative directors were coming from a product background, so suddenly some of them, like Christopher Bailey from Burberry, who’s from a younger generation – it’s not always a matter of generation, it’s a matter of mind-set – have realised that they can go directly to the audience. And there was no sweat; it was an opportunity. They embraced the fact that when you speak to an audience you also give content – not just product but content. And it’s an opportunity to be creative in a much more global way, whether it is through film, statement, art, music, or curation.

How do you think creative leaders handle uncertainty?

Do you think part of creative leadership is having other people be able to replicate your vision of creativity?

This reminds me of a story. A good friend of mine is very creative; he’s not at all a creative person in his job – he’s an auctioneer – but he’s very creative. One day, he told me something that is so true. He said, “You know what? People are in three categories. There are three i’s. The first i stands for inventors: there are very few; they break the rules and invent meaningful new ones. The second i stands for imitators: you have plenty of imitators who just repeat what they’ve been seeing. They’re always a little bit late. The third i stands for idiots.”

I would say that the inventors are the ones who are not afraid to bring this uncertainty – they’re in tune with their time. This is also the reason why the point of synchrony is very important, because either you’re in tune with your time and you understand your time and you will bring relevant innovation, or you are not in sync with your time, too advanced, or too out somewhere else, and it will not be meaningful innovation.

So it’s more important to be on time than ahead of schedule.

I think that innovation comes from intuition and very agile observation. And feeling. Because most people who are inventing fashion, or cars, they observe how we’re living and they dream of how it could be better. When you think about the car industry – it was about horses, and it was about walking, and they dreamt a machine that could carry.

Yes. Perfect. Before, trunks were round on top. Because at the time, horses and carriages were used for travel, and the trunks were outside the carriage, so they were round so that the rain didn’t sit. With the invention of petrol cars, you could pile the luggage inside, in the back of the car. The luxury industry is based on observation. Many people imitate because they do not observe. Observing, paying attention to others, brings the insecurity necessary for innovation. Observing brings questions. If you do not observe, you have the “answer.”

032c-summer-2014-lara-stone-issueThe full version of this article appears in the Summer 2014 issue of 032c, a biannual art and fashion publication based in Berlin.

We love fashion and travel!!
View all posts by thelivingfashion →
This entry was posted in Bussiness & Fashion Topics and tagged creative leadership, Floriane de Saint Pierre. Bookmark the permalink.