Vogue’s It Bag Hall of Fame: A History of the Most Coveted Accessories

Posted on January 24, 2015 by thelivingfashion

Before you cast your vote on this year’s candidates, get to know the generation that came before them with our guide to the history of the It Bag.

Both the concept of “having it all” and the objects that convey status are constantly in flux. While back in the Roaring Twenties, the flapper might have coveted a strand of pearls and the number of a reliable bootlegger; a mink coat was the ne plus ultra of the fifties matron. But since the nineties, the holy grail of the fashionable—and of the luxury industry—has been that elusive arm candy, the It bag, once described in Vogue as “that totemic accessory that announced you were owner of all that was desirable in the world.”

Fendi’s Baguette, a small, fancifully decorated pochette that fits neatly under the arm like a loaf of French bread, was one of the first true It bags, and was the diametric opposite of the wildly popular and utilitarian nylon backpacks from Prada that predated it.

Exclusivity, rather than functionality, defines the It bag. When empty, Chloé’s must-have padlocked Paddington bag is said to weigh in at three pounds, yet in 2005, 8,000 of them were sold before they arrived in stores. “An It bag,” wrote Vogue’s Plum Sykes, “is an It bag only if you’re unlikely to possess it.”

Wait lists for bags, from the quilted, charm-bedecked Lady Dior to Alexander Wang’s tough-chic Rocco, are testament not only to great design, but to a calculated limited distribution strategy that went hand-in-hand with other sea changes in the luxury and retail industries that made the It bag possible in the nineties. (Tried-and-true status bags, like Hermès’s coveted Kelly and Gucci’s Jackie, named for an actress turned princess and a First Lady, respectively, were retroactively deemed “It,” which was just a new way to describe their proven allure.) Acquisition became an epidemic, both on the corporate and the consumer levels. It was a perfect storm: At the same time that small, family-owned luxury houses were bought up and became parts of large corporate conglomerates with global distribution channels, mid-range customers were feeling flush (as was fictionally documented in the hit series Sex and the City). Accessories, not clothing, started generating the lion’s share of luxury profits, in part because they were, and are, “one size fits all.” As Marc Jacobs told the Evening Standard: “Any woman can wear shoes and handbags: It’s not a question of how tall you are, how skinny you are, how blonde or blue-eyed or tanned or whatever. So it’s logical that more women can embrace the notion of a handbag than a fitted rubber dress with zips up the back.”

These changes affected the role of designers, essentially requiring them to be creative directors, who, as journalist Dana Thomas writes in her forthcoming book, Gods and Kings, were now “tasked with generating ideas that could be spun off into affordable high profit items . . . that would make the brands’ names as recognizable and desirable as Nike, Apple, and Coca-Cola.”

It’s popular, of late, to ring the death knell of the It bag, though every season seems to produce one—from the Olsens’ exotic backpack for The Row to Céline’s Luggage tote to the Loewe Puzzle bag. True, this new generation of It bags tend to be lighter and more subtly branded than their predecessors, which is in keeping with fashion’s see-sawing in the direction of minimalism. In their desirability, they eschew the logomania that defined earlier cult bags. “What makes an It bag,” Stuart Vevers, who has designed more than a few, told The Observer, “is something new—that’s the only formula there is.”

Hermès
NAME: Kelly
DOB: circa 1935, renamed circa 1956
NAMESAKE: The American-born actress turned Monaco princess, Grace Kelly, who is said to have used it to hide her pregnancy.
LORE: The actress’s love affair with the French house dates to 1954 when she purportedly wore Hermès in Alfred Hitchcock’s To Catch a Thief. The house renamed the handbag as the “Kelly,” after the actress used it to cover her pregnancy from photographers. 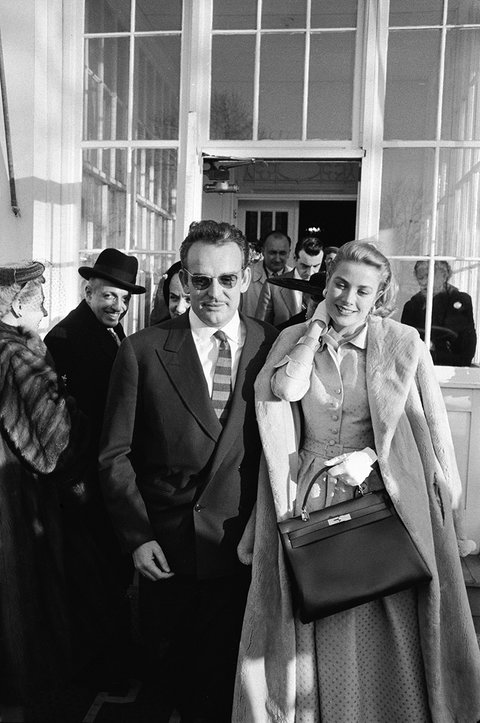 Gucci
NAME: Jackie
DOB: 1950s
NAMESAKE: Around 1961, this hobo shoulder bag was renamed Jackie, after the style-setting First Lady who favored it.
BACKSTORY: Originally a unisex schlepper, this bag was relaunched by Tom Ford in 1999, and again as the New Jackie in 2009, by creative director Frida Giannni. 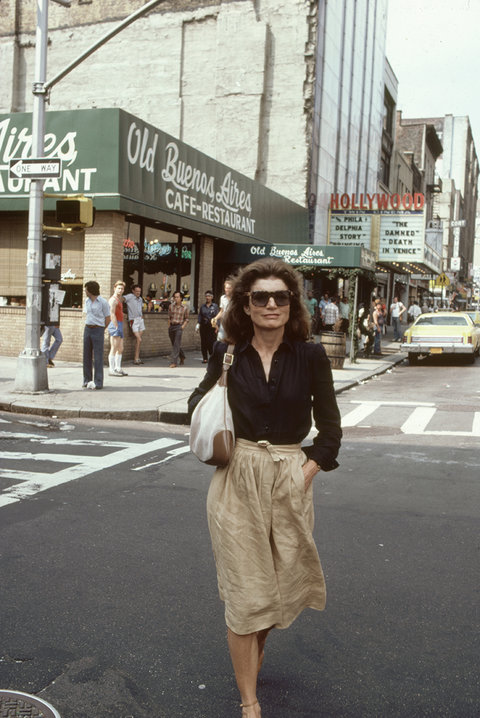 Hermès
NAME: Birkin
DOB: 1984
NAMESAKE: Impossibly chic English actress and chanteuse Jane Birkin, who gave up her signature basket for this coveted carryall.
ORIGINS: Birkin reputedly sat next to Hermès exec Jean-Louis Dumas on a flight, and conversation turned to her need for a roomy carryall. The result was the Birkin, which has elements of the house’s Haut à Courroies bag, first created around 1900. 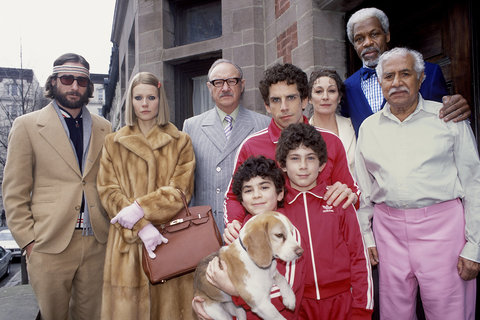 Prada
NAME: Prada Backpack
DOB: 1984
DESIGNER: Miuccia Prada
FACTS: Launched in 1984 in an “industrial-weight nylon used for army tents,” according to Vogue, the utile house classic evolved into its best-known form in 1987.
SOUND BITE: “I want always to mix the industrial way of doing things,” Prada told The New Yorker in 1990, “with the patrimonio of the past, with the artisanal tradition.” 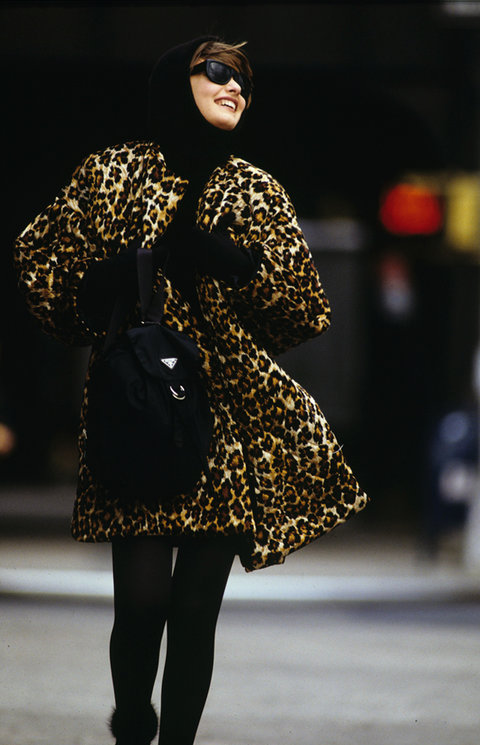 Christian Dior
NAME: Lady Dior, a.k.a. the Princess Bag
DOB: 1995
NAMESAKE: Princess Diana
BACKSTORY: The fashion-loving English princess received the canework-stitched (a nod, it is said, to the chairs Dior used in his haute couture salons), charm-adorned bag as a gift from France’s then First Lady, Bernadette Chirac. 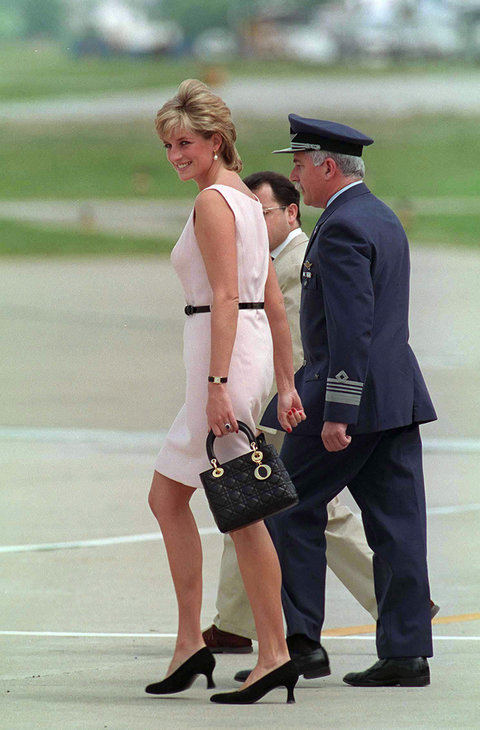 Fendi
NAME: Baguette
DOB: 1997
DESIGNER: Silvia Venturini Fendi
NAMESAKE: This petite shoulder bag nestles under the arm as easily as the long, crusty French loaf from which it borrows its name.
CLAIM TO FAME: An appearance on Sex and the City.
STATS: Rumor has it that more than 100,000 were sold in the first year.
SOUND BITE: “It was foolish, a treat, anti-functional. It was the first bag that was treated like a garment.” —Silvia Venturini Fendi, in Vogue 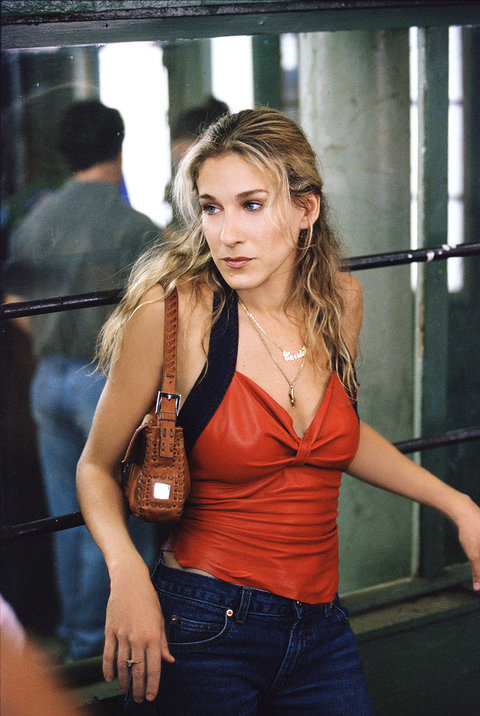 Balenciaga
NAME: The City
DOB: 2000
DESIGNER: Nicolas Ghesquière
HISTORY: In June 2000, Ghesquière introduced the First bag, which was followed, eighteen months later, by the City, the much-copied, zippered, top-handled tough-chic bag for which style-setters including Kate Moss and Sienna Miller went wild.
SOUND BITE: “It was a new fresh thing, but it looked like an old, good, friendly thing,” Ghesquière explained to WWD. 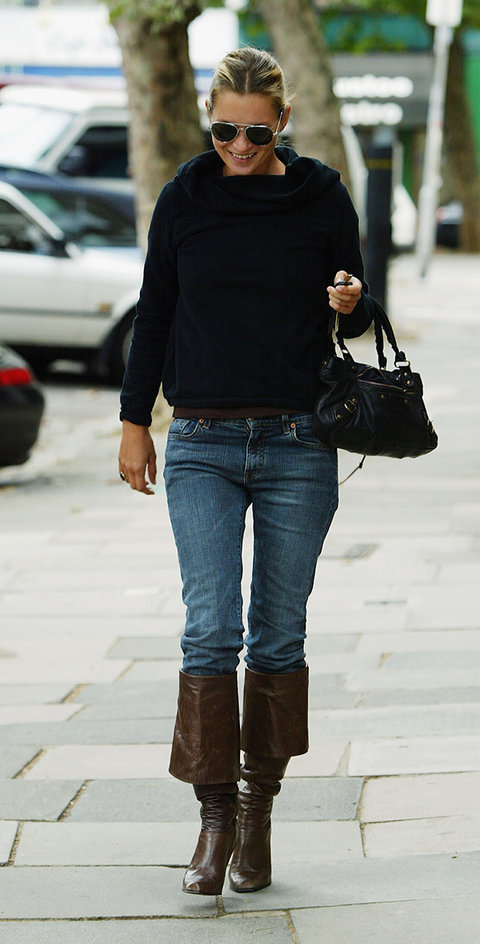 Chanel
NAME: 2.55
DOB: February 1955; reborn in 2005
DESIGNERS: Coco Chanel; Karl Lagerfeld
BACKSTORY: Named after the date of its creation, there is almost as much lore about this quilted, chain-handled, flap bag as there is about its legendary creator. The burgundy lining is said to reference the uniforms Coco wore at her convent school; the zippered inner pocket, it is said, is where Mademoiselle stashed love letters. 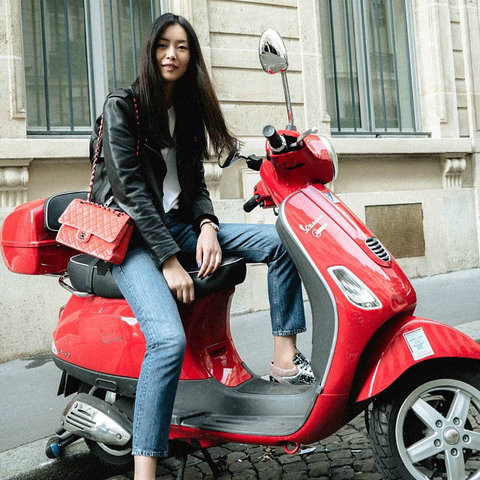 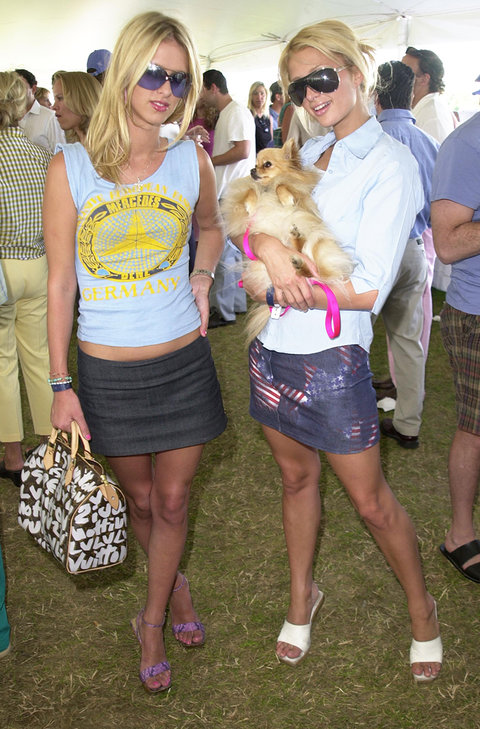 Luella for Mulberry
NAME: Gisele
DOB: 2002
DESIGNERS: Luella Bartley with Stuart Vevers for Mulberry
NAMESAKE: The leggy Brazilian supermodel, who opened Luella’s show carrying the harness-strapped bag with heart-shaped charms that was as big as her coatdress was short. The Gisele revived interest in the British leather-goods house, which soon had another It hit with the Bayswater.
SOUND BITE: The name “was an accident,” Bartley later told The Guardian. “The press went ballistic and the bag became known as the Gisele—I didn’t plan it. I actually had to write to her and apologize, explain I wasn’t using her name, it just happened. Though I think if I were a model, I’d be quite pleased to have a bag named after me.” 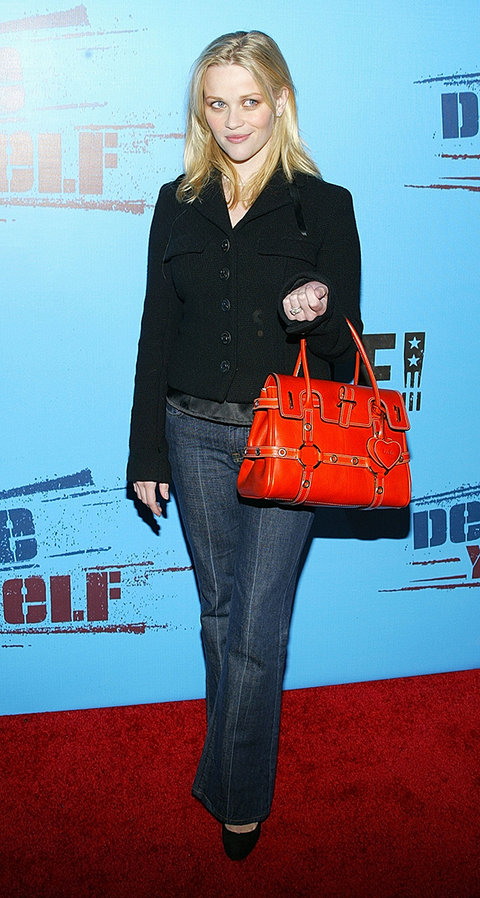 Louis Vuitton
NAME: The Murakami Bag
DOB: 2002
ARTIST: Takashi Murakami for Louis Vuitton
FACTS: Murakami re-created the classic LV monogram in 33 colors on a black or white background.
BACKSTORY: Thirteen versions of the kawaii bag were created for the show in patterns like Eye Love You and Monogram Multicolore canvas.
SOUND BITE: Jacobs has described his collaboration with Murakami as “a monumental marriage of art and commerce.” 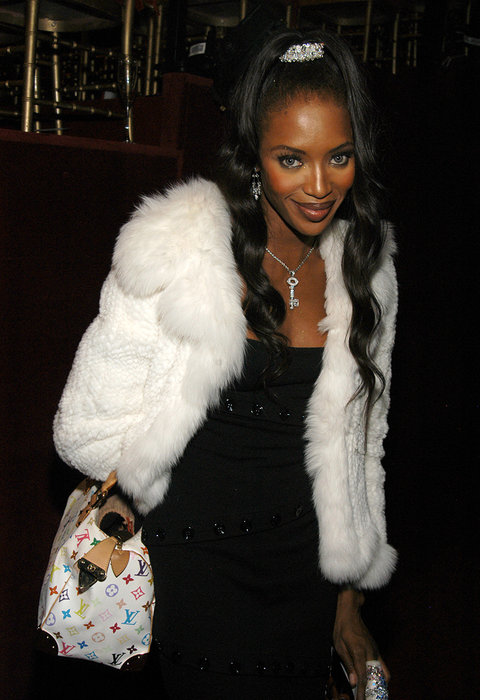 Chloé
NAME: Paddington
DOB: 2004
DESIGNER: Phoebe Philo
STATS: Like a certain toggle-coated bear, this purportedly three-pound bag takes its name from one of the busiest areas of London. Every one of the 8,000 models created for spring 2005 sold out before arriving in stores. 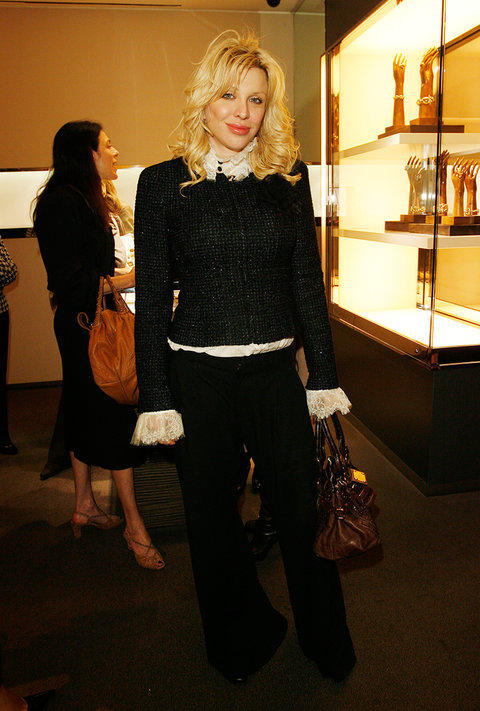 Marc Jacobs
NAME: Stam
DOB: 2005
DESIGNER: Marc Jacobs
NAMESAKE: Jessica Stam, the Canadian model who was discovered at a doughnut shop.
STATS: Demand was so intense for the quilted, kiss-lock, chain-embellished frame bag that waiting lists for it were closed.
SOUND BITE: “I had no idea it would be so successful,” Marc Jacobs later told the Evening Standard. 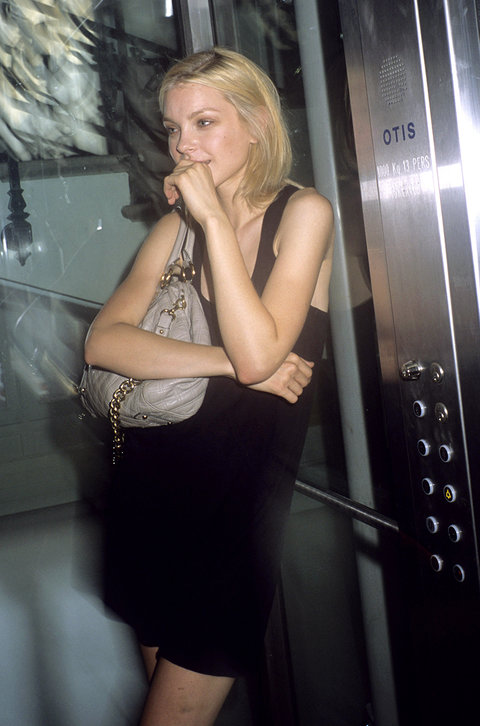 Proenza Schouler
NAME: PS1
DOB: 2008
CREATORS: Jack McCollough and Lazaro Hernandez
NAMESAKE: The moniker plays with the initials of the brand as well as the naming convention of New York City public schools, which is especially apt for a satchel-style bag.
SOUND BITE: Hernandez told Vogue that the PS1 was “the anti-It bag.” 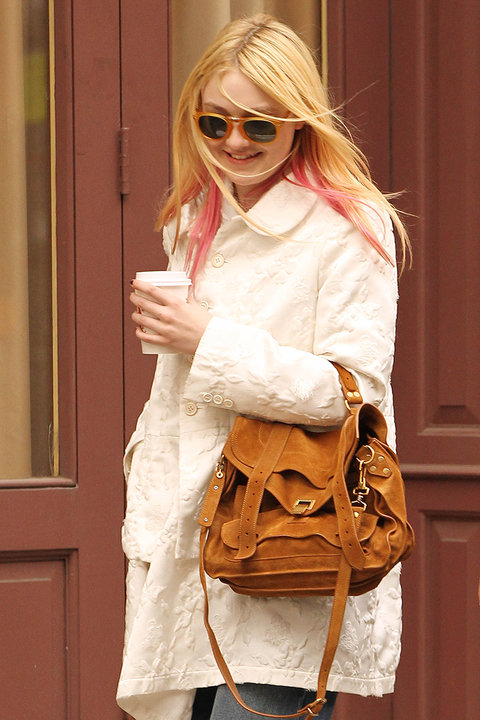 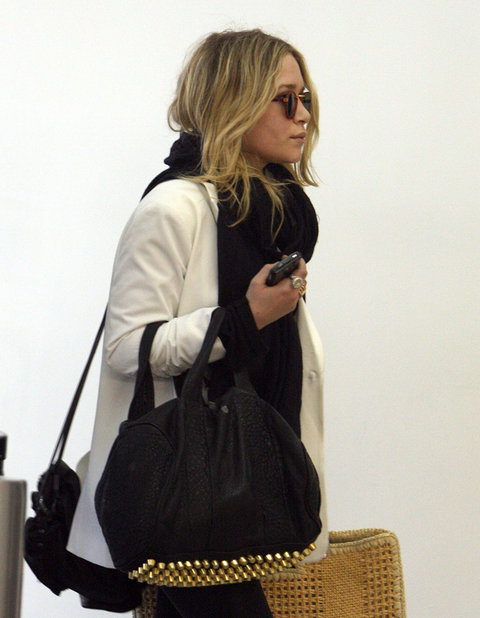 Céline
NAME: Luggage Tote
DOB: 2009
DESIGNER: Phoebe Philo
THE FANS: Philophiles have made this sell-out roomy, structured tote “a retailer’s dream,” according to WWD.
SOUND BITE: The designer told The Gentlewoman that she conceived of the bag as part of “a wardrobe, a practical ABC of clothes.” “I feel like I design things for right now,” she said. “The anchor of my kind of classicism and then the more fanciful things around it are what make my collections personal, different from those of other designers.” 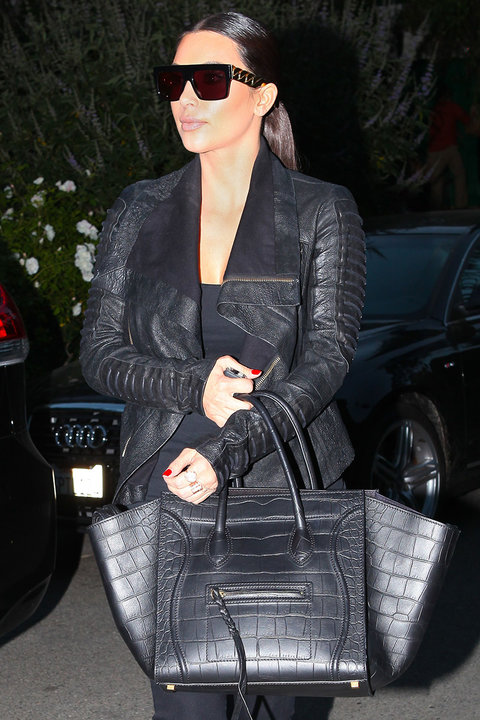 Mulberry
NAME: Alexa
DOB: 2009
DESIGNER: Emma Hill
NAMESAKE: This satchel-style bag takes its name from the model and TV presenter known, according to Vogue, for her “preppy hipster—meets—London scenester style,” and preference for rock star boyfriends.
BACKSTORY: Hill told The Guardian that her inspiration was a magazine tear of Chung carrying a classic Mulberry men’s briefcase. 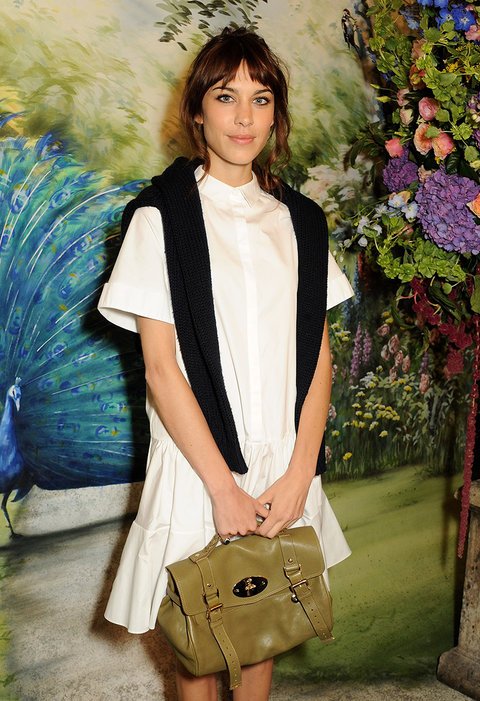 The Row
NAME: Alligator backpack
DOB: 2011
CREATORS: Mary-Kate Olsen and Ashley Olsen
LORE: Mixing utility and extravagance, this backpack, made of highest quality skins and lined in napa leather, made headlines for its price tag: $34,000. Each hand-finished bag is individually numbered. 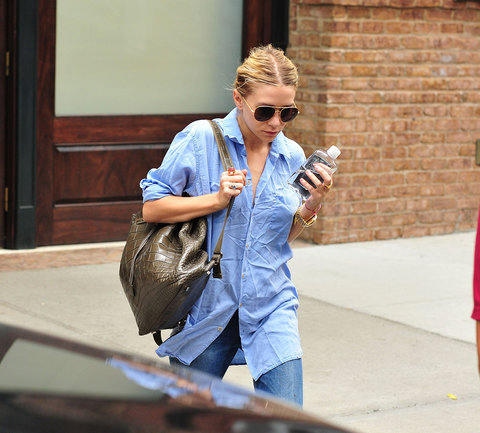