Posted on October 30, 2016 by thelivingfashion 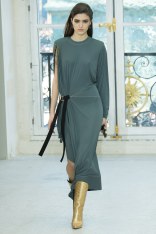 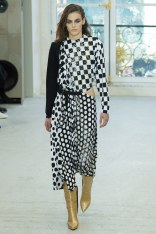 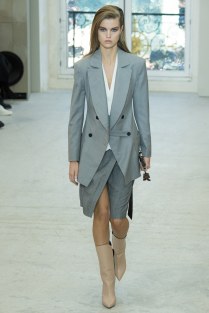 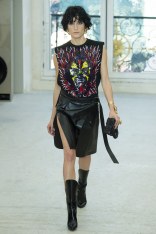 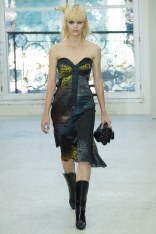 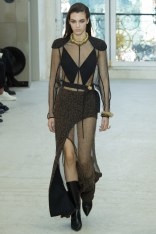 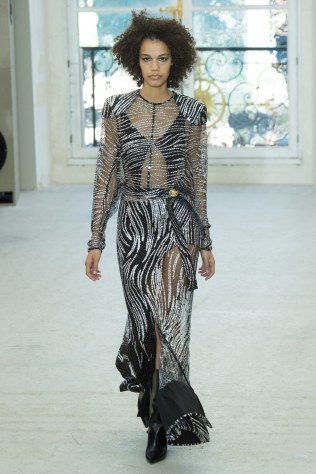 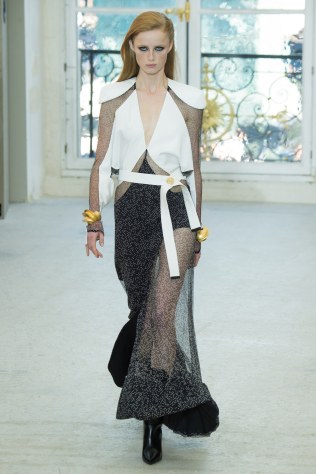 So it was fitting that creative director Nicolas Ghesquière brought his collection home metaphorically, as well. His Cruise offering, presented in Rio de Janeiro last May, was a tribute to that city’s sportif seaside culture—colorful, loaded with print, and beachily body-baring. The orientation of his bold new Louis Vuitton collection is different. While it retained some of the tropes of the previous season—the daring cut-outs in particular—the results were more glam. Call it hot bourgeois. “I realize that I didn’t explore that much yet the sophistication and the more dressed-up part of Louis Vuitton,” he said afterward.
The sophistication he was speaking of comes down to the type of clothing he zeroed in on: tailoring, first and foremost. Ghesquière’s are not suits for office drones; with slices removed from the shoulders and capeleted open backs, they negotiated the territory between practicality and experimentation. As he settles in at Louis Vuitton (today’s venue seemed conceived at least in part to quash the ongoing rumors that he’s on his way out the door), Ghesquière is leaning more toward experimentation, if not the outright high-concept fashion of his earlier days. See the asymmetric draped jersey numbers with the hip and midriff cut-outs, some with 1980s-ish sprinkles of crystals and glitter; see also the series of long, sheer-yet-discreet dresses at the end.